The FUT 13 TOTS is over. Now it is really over. But there is time to a last team with the best MLS players: the FUT 13 MLS TOTS.

FUT 13 MLS TOTS – The Best MLS Players of the Season

EA Sports has released eight FUT 13 TOTS. Nine with the DIV Team selection. In fact, it wasn’t a new TOTS. Just something like a best of. Now, it is time to the last TOTS of FIFA 13 Ultimate Team: the FUT 13 MLS TOTS 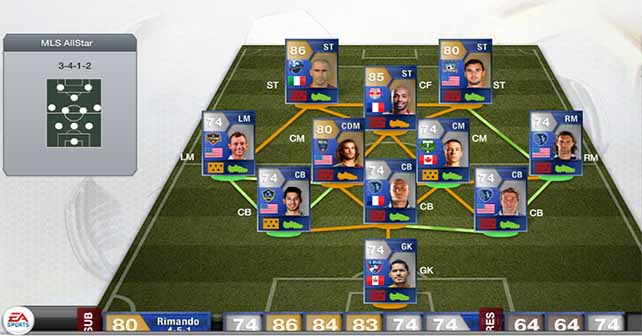 The FUT 13 MLS TOTS was released on Wednesday July 31st and it is available in packs between July 31st 6pm (UK time) and Wednesday August 07th 6pm.

This is the last FUT 13 TOTS release. Don’t lose this last chance to improve your FUT 13 squad with the best players of the game. Buy them on the auction market or get them on packs. Take advantage of the special Happy Hours to get the best IF cards of this TOTS.

We will continue to bring you everything about the In Form Cards. Stay with us.