EA have revealed that the first FUT 13 TOTS will be released on Wednesday 8th May. But there is more…

EA Sports used the social networks to announce that the first FUT 13 TOTS will be release on Wednesday 8th May.

As expected, TOTW will be released as usual on Wednesdays, which means that we will have very special Wednesdays on May and June. If you want to buy non-IF cards, take our advice: do it on Wednesdays because the prices will be lower.

EA also announce that there will be not seven but eight FUT 13 TOTS. It is something new and we don’t know how EA will do it. Will the extra TOTS be to a new region or league, or will EA reformulate the leagues distribution ? Soon we will know.

The FUT 13 TOTS release date was made with this picture: 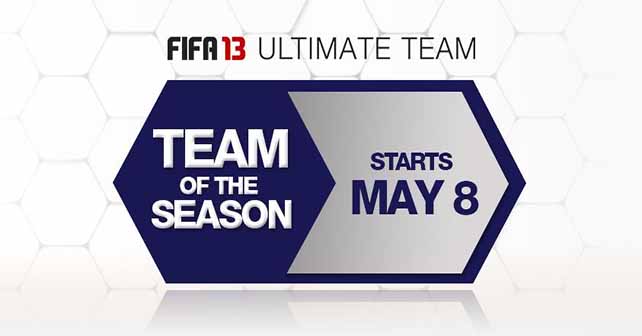 We will bring you more news about this subject very soon.