Every week there is a new FUT 14 Legends Spotlight. This week is the time of Andriy Shevchenko.

The eight player to be appointed to Legend of the Week was Andriy Shevchenko.

Andriy Shevchenko is the third-highest goalscorer in Champions League history with 59 goals as of 10 March 2011, behind Filippo Inzaghi (70) and Raúl (77). Shevchenko is ranked as the third top goalscorer in all European competitions with 67 goals. With a tally of 175 goals scored for Milan, Shevchenko is the second most prolific player in the history of the club, and is also the all-time second-best scorer of the Derby della Madonnina (derby between Milan and their local rivals Internazionale) with 14 goals. In addition, he is the all-time top scorer for the Ukrainian national team with 48 goals. 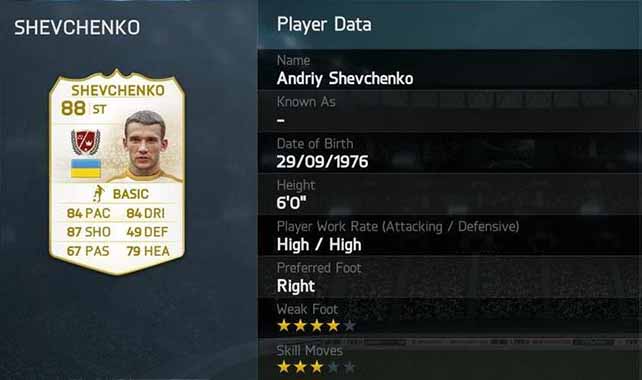