Every week there is a new FUT 14 Legends Spotlight. This week is the time of Frank Rijkaard.

The most recent player to be appointed to Legend of the Week was Frank Rijkaard.

He is regarded as one of the best defensive midfielders in the footballing history and one of best players of his generation. Rijkaard has played for Ajax, Real Zaragoza and Milan, and represented his national side 73 times, scoring 10 goals. 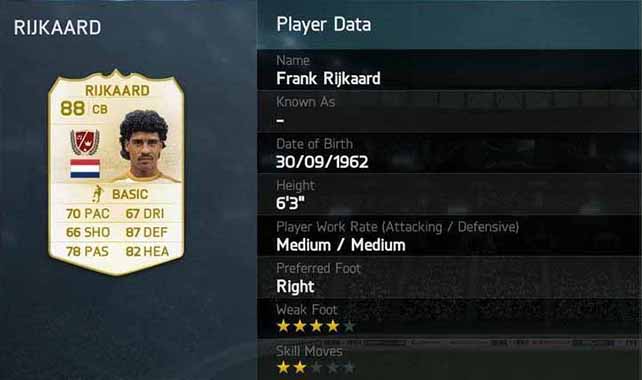