Every week there is a new FUT 14 Legends Spotlight. This week is the time of Henrik Larsson.

The fifth player to be appointed to Legend of the Week was Henrik Larsson.

Larsson was known as an excellent striker whose main attributes were his goalscoring prowess and on-field intelligence. He played for Sweden in three World Cups and three European Championships and is a former captain of the national team. Larsson ended his international career with 37 goals in 106 matches. 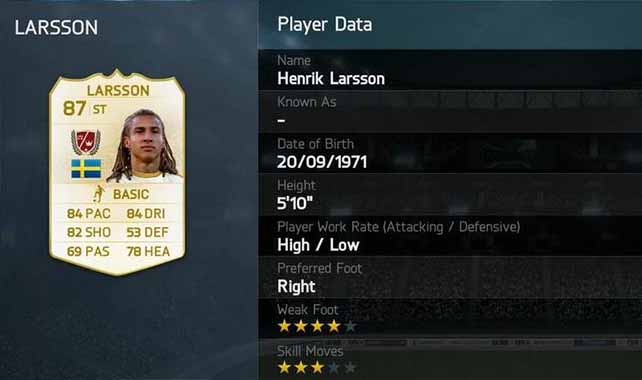