Every week there is a new FUT 14 Legends Spotlight. This week is the time of Paulo Futre.

The most recent player to be appointed to Legend of the Week was Paulo Futre.

A Portuguese international since the age of 17, Futre gained more than 40 caps for his country, representing it at the 1986 World Cup. After exploding at Sporting well before his 20th birthday, he soon moved to Porto – winning the 1987 European Cup – after which he embarked in an extensive career, having represented clubs in Spain, France, Italy and Japan, most notably Atlético Madrid. He also played for the most known Portuguese club, Benfica. 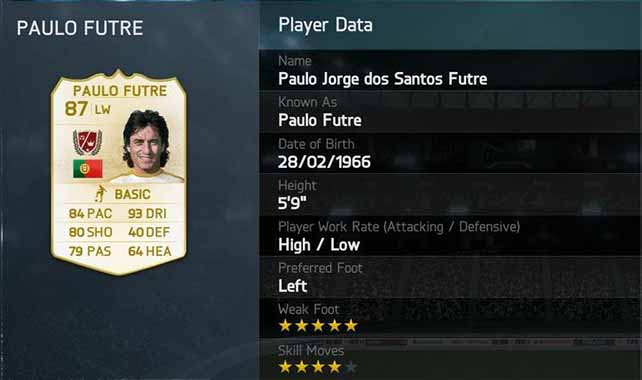