Every week there is a new FUT 14 Legends Spotlight. This week is the time of Pavel Nedved.

The fourth player to be appointed to Legend of the Week was Pavel Nedved.

He was one of the most successful Czech players to emerge from the newly formed Czech Republic, winning numerous accolades with Lazio and Juventus, including the last ever Cup Winners’ Cup. Nedvěd was a key member of the Czech Republic team which reached the final of UEFA Euro 1996, during which he garnered much international attention. He was later given the international captaincy. Well known for his energy and tireless runs, refined dribbling, as well as his powerful shooting and goal scoring abilities, Nedvěd was nicknamed Furia Ceca by Italian fans and The Czech cannon in English-speaking media 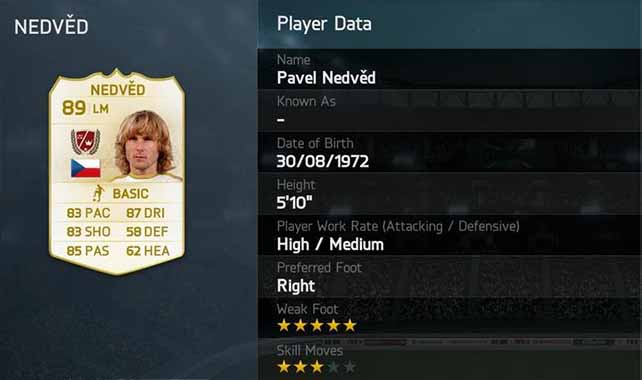