Every week there is a new FUT 14 Legends Spotlight. This week is the time of Robert Pires.

The ninth player to be appointed to Legend of the Week was Robert Pires. 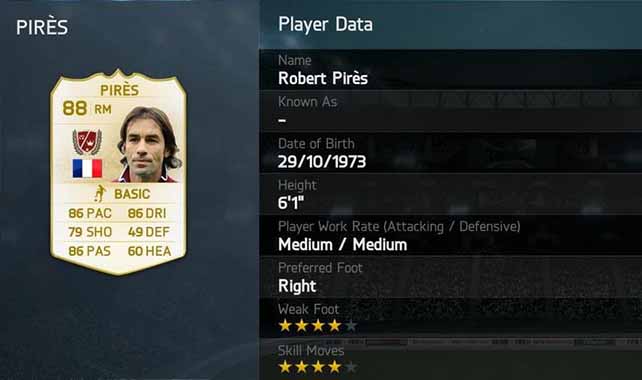