Every week there is a new FUT 14 Legends Spotlight. This week is the time of Romário.

The most recent player to be appointed to Legend of the Week was Romário.

Romário de Souza Faria helped the Brazil national team win the 1994 FIFA World Cup and was one of the most prolific strikers in the world. A clinical finisher, and particularly deadly one-on-one versus the goalkeeper, Romário is widely regarded to be one of the greatest strikers of all time 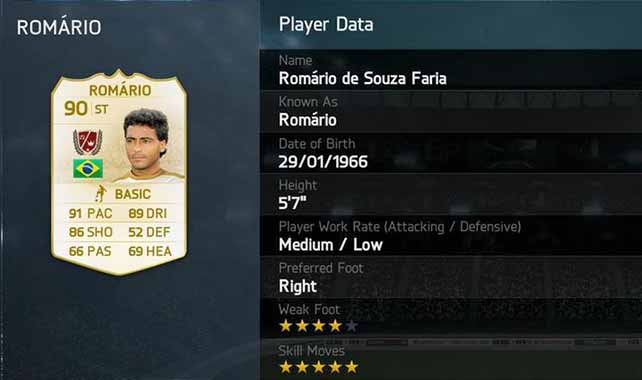