Every week there is a new FUT 14 Legends Spotlight. This week is the time of Rui Costa.

The tenth player to be appointed to Legend of the Week was Rui Costa.

Nicknamed “the Maestro”, Rui Costa spent the majority of his career with Benfica in Portugal and Fiorentina and A.C. Milan in Italy. In a top-flight career spanning 17 years, he won several trophies including one Primeira Liga title, one Portuguese Cup, one Serie A title, three Italian Cups, one UEFA Champions League title and one UEFA Super Cup. A Portuguese international, Rui Costa amassed 94 caps and scored 26 goals for hos national team and represented the country in three UEFA European Championships and one FIFA World Cup. 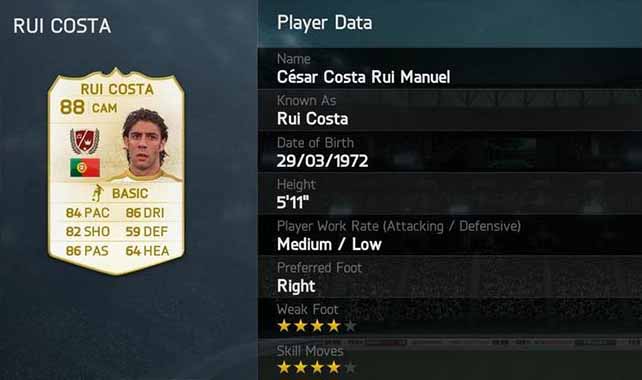