Every week there is a new FUT 14 Legends Spotlight. This week is the time of Patrick Vieira.

The second player to be nominee to Legend of the Week was Patrick Vieira. He had an important role on Arsenal from 1996 to 2005, where he eventually became club captain, and won three Premier League titles – one unbeaten – and four FA Cups. In 2005, he was transferred from to Juventus, helping the team to the Serie A championship. Following Juventus’ relegation for their part in a match-fixing scandal, Vieira moved to Internazionale and won three Serie A titles. He has 107 caps for France, and was part of their 1998 World Cup and Euro 2000-winning sides, as well as their runner-up finish in the 2006 World Cup. 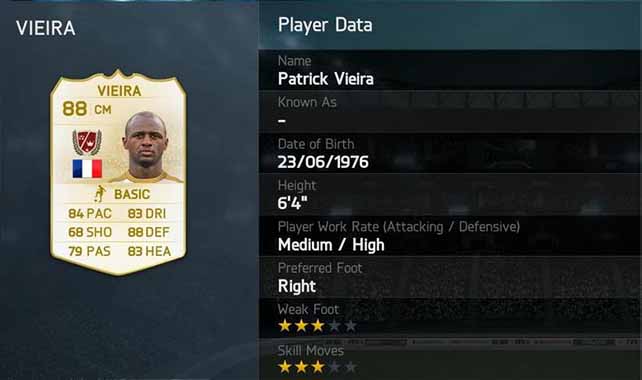