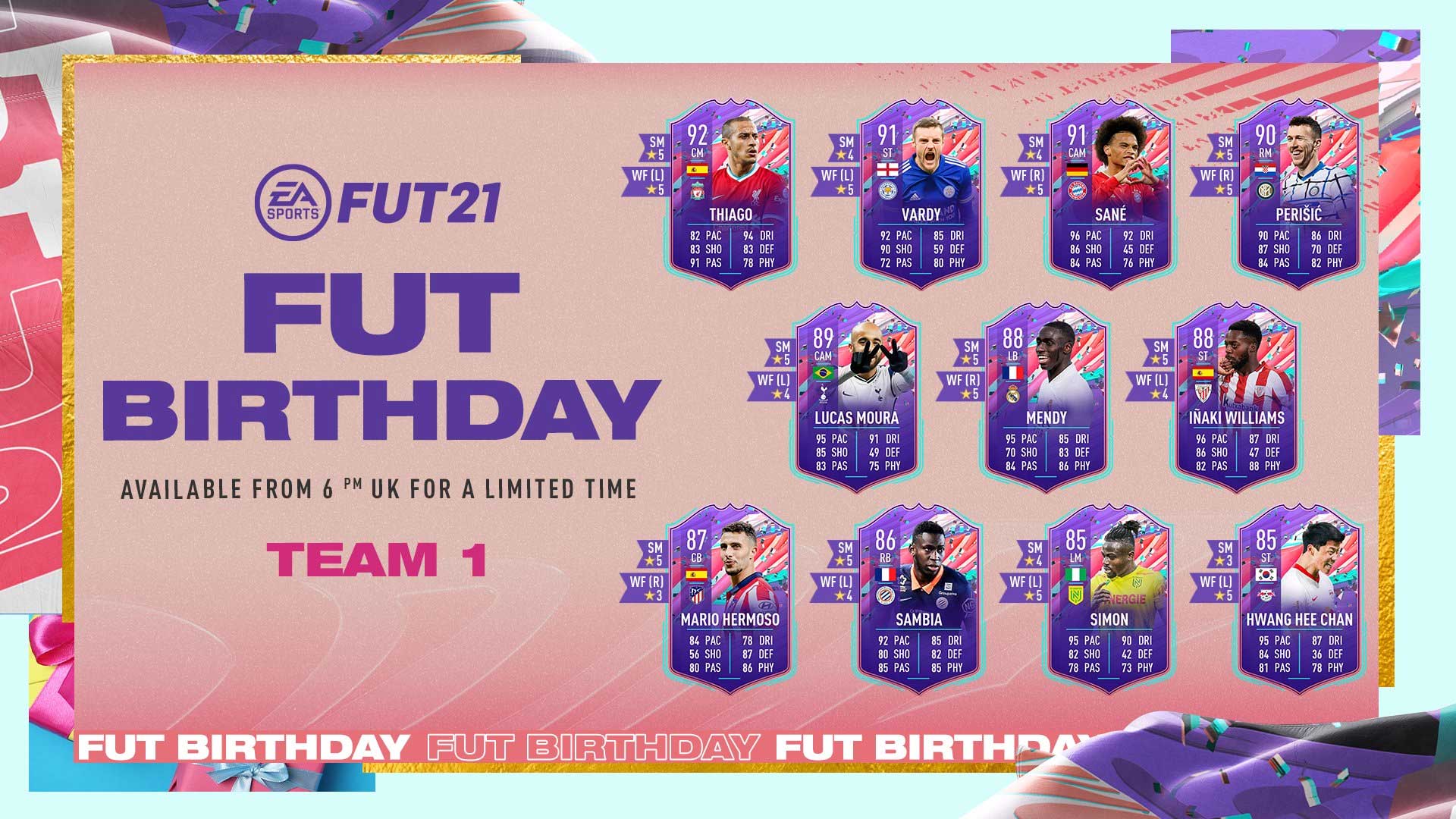 FUT BIRTHDAY PLAYER SBCs
Take a trip down memory lane with themed FUT Birthday Player Squad Building Challenges, released during the course of the celebration. These will be released as FUT Birthday special player items with either a 5-star Skill Move or Weak Foot upgrade.

ENGAGEMENT STREAK REWARDS
Earn rewards for consistent daily engagement in FUT throughout the event. FUT Birthday Daily SBCs will be released; complete 4 in a row to earn the group reward for the corresponding FUT Birthday Objective.

FUT BIRTHDAY GIFT REWARD
Get ready to share in the fun by opening a gift of your own! As a thank you for your support, a set of rewards will be gifted to players based on the number of unique days they have played FIFA 21 since launch (October 9). Log in before April 9, 2021 18:00 UTC to redeem your reward.