The brightest young prospects in football now have massive ratings boosts reflecting their potential to become the best in the world. Build a new generation of talent into your FUT 22 squad now with the Future Stars!

FUT Future Stars is EA’s definitive list of breakout stars for 2021. These wonderkids are on the cusp of breaking through into the football mainstream this season. In Future Stars, EA flash forward to what these youngsters could become if they fulfil their potential. Several Future Stars will be released in packs, for a limited time, with supercharged stats to help them compete with today’s FUT elite. Throughout the event, a few more Future Stars will be available through SBCs and Objectives. The game’s biggest young talent arrive in EA SPORTS™ FIFA 22 Ultimate Team with ratings reflecting their out of this world potential.

Just like in real life Future Stars can fulfill their potential in many different ways. With Future Stars Dual Potential players, certain Future Stars will have two unique versions recognising two different playing styles they could develop into during their careers.

The first team of FUT 22 Future Stars was available from February 4, while the second one was released one week later. 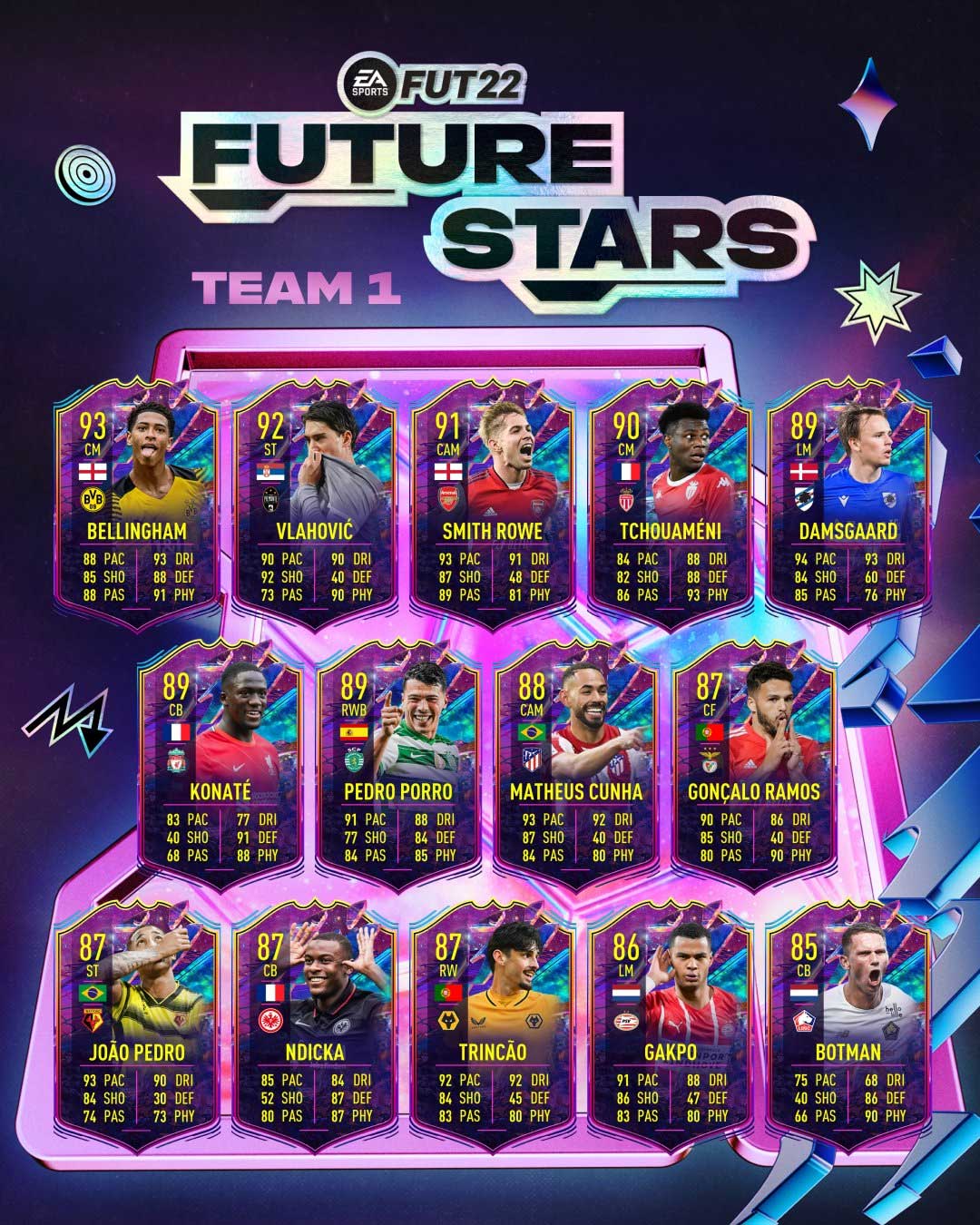 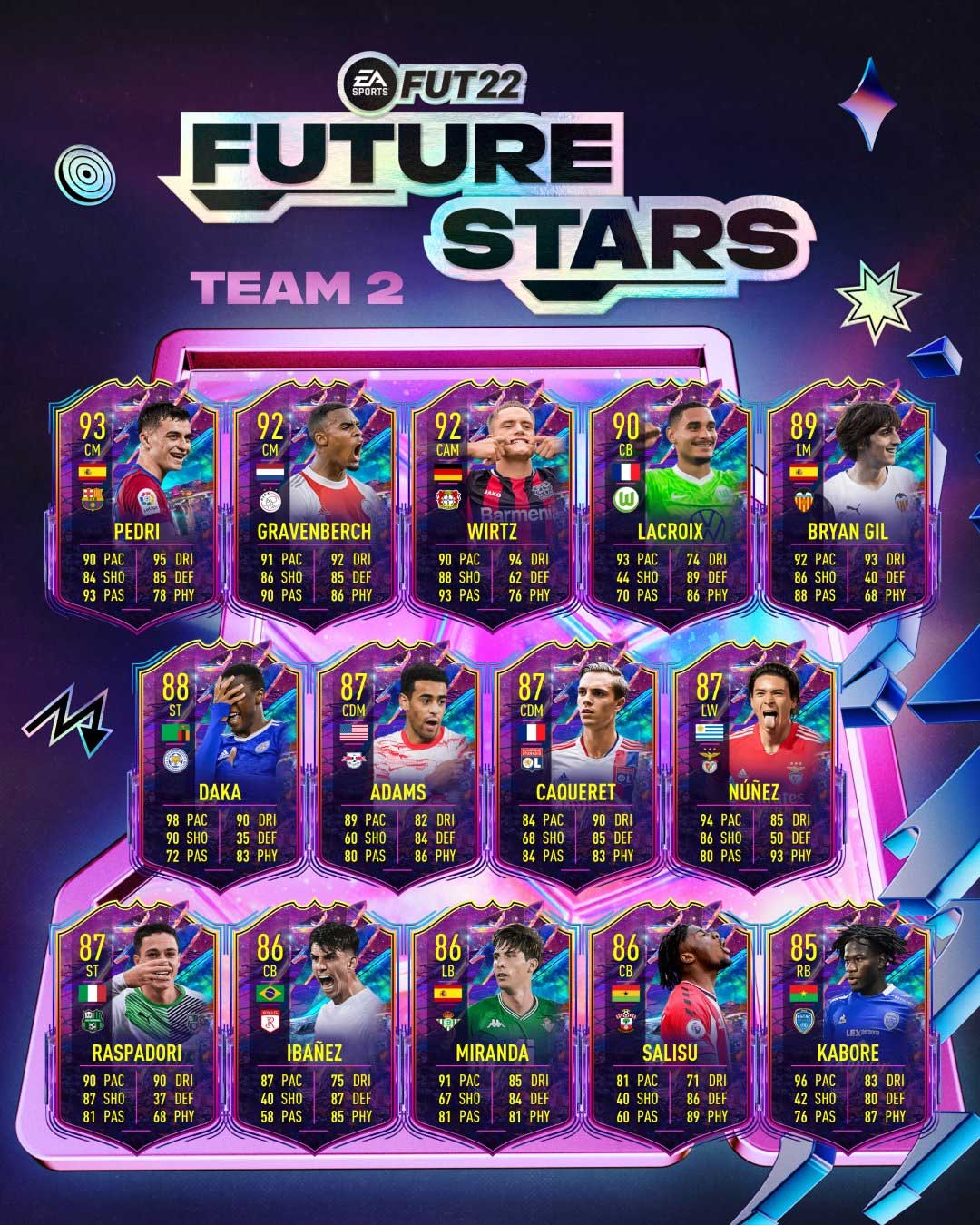 Who is eligible to be a Future Star?
A: Future Stars is a list of the brightest breakthrough talents who are 23 or under and have shown high potential but have not yet become established global stars or been released in past Future Stars campaigns.

How do Upgradable Objectives Players get upgraded?
A: Each Upgradable Objectives Player will have a dedicated objective that you can work through to earn the four versions of their Future Star item, simulating that player’s progression throughout their career. After unlocking the first version of the player, their subsequent items can be earned by completing various objectives with the latest unlocked version.