Powered by the transfer market, FIFA 23 Ones To Watch celebrates the transfer window’s biggest movers with dynamic items that have the potential to upgrade all season long in FIFA 23 Ultimate Team based on how players perform for their new clubs.

FUT 23 Ones to Watch Promo Event

They’ve made their big move, now the world is watching what’s next. Ones To Watch celebrates the biggest signings of the transfer window with dynamic FIFA 23 Ultimate Team™ items that have the potential to upgrade all season long based on how players perform for their new clubs.

As they leave their mark on the pitch for their new clubs, players’ Ones To Watch items will upgrade when they receive a performance-based special item such as Team of the Week or Man of the Match.

Ones To Watch players are also eligible for a “Wins to Watch” upgrade, a one-time upgrade to their stats if their team wins three matches out of their next eight domestic league games starting from Friday 30th September. You can follow the progress of each player using this tracker.

The FIFA World Cup 2022™ will have a big impact on how the season shapes up. During the tournament, as Team of the Week is paused, we’ll be adding a brand new upgrade opportunity for Ones to Watch Items called “Nations to Watch”. Nations to Watch will see Ones to Watch Items become eligible for a one-off In-Form upgrade if their national team wins a game at the FIFA World Cup 2022™, regardless of whether the player is on the pitch, on the bench or watching from home.

One squads of special FUT 23 OTW player items are coming to FIFA 23 Ultimate Team starting with team one on Friday September 30, with a mini-release coming two days later. You’ll also find additional players to unlock through Squad Building Challenges and Objectives throughout the one-week campaign. What are Ones To Watch items?
Ones To Watch are special dynamic items in FIFA 23 Ultimate Team that celebrate the biggest moves during the summer transfer window and upgrade throughout the season based on real-world performances.

How long will Ones To Watch Players continue to receive upgrades?
OTW items will only upgrade based on performances in the 2022/23 Domestic Season.

What happens if a Ones To Watch Player is transferred/loaned to a different club?
If a OTW player transfers/goes on loan during the season, the OTW item keeps the player’s latest upgrade until the player receives an upgrade at their new club, or receives the Nations to Watch upgrade. At that point the OTW item will be updated with the player’s new club and latest boosted item. If a player transfers to another club before they receive their ‘Wins to Watch’ upgrade, they will no longer be eligible for the bonus upgrade. 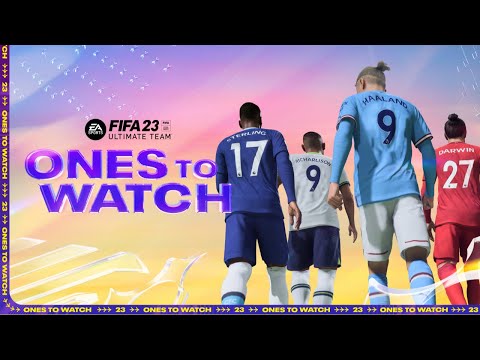