FUTMas Event is back to FIFA 20 Ultimate Team! Discover the surprises of this promotion, including promo packs, squad building challenges, themed cards and objectives. Don’t miss out!

Get into the festive spirit and unwrap new content every day this FUTMAS in FIFA 20 Ultimate Team!

Starting December 13, decorate your team with new talent by completing daily Squad Building Challenges, celebrate the holidays with new objectives, and find FIFA 20 Team of the Year Nominees in packs for a limited time!

Here’s what’s under the tree during the first week of FUTMAS.

TEAM OF THE YEAR NOMINEES
Starting December 13, all 55 FIFA 20 Team of the Year Nominees will be in packs for a limited time. With dynamic images and a +1 OVR boost over their base item, add the best players in the world over the past 12 months to your club. 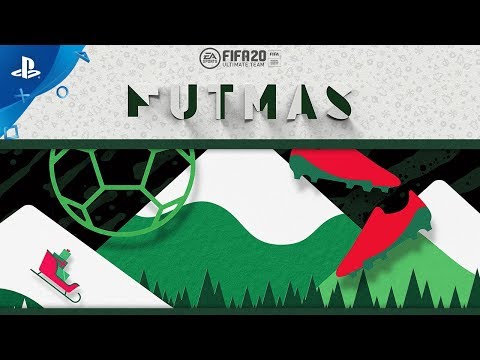 FUTMAS PLAYER SBCS & OBJECTIVES
Presents. Santa Claus. FUTMAS SBCs. In one of the festive season’s merriest traditions, daily FUTMAS Player SBCs are back for you to stock your club with new talent over the holiday period.

Two daily Player SBCs will be available for just 24 hours between December 13 and 24, and will focus around two themes each day:

Nation
In the spirit of FUTMAS past, one of the daily Player SBCs will be inspired by the latest FIFA Men’s International rankings as of November 28. The Nation category will start on December 13 with Axel Witsel from Belgium, who are ranked first in the world, and will finish on December 24 with a player from Switzerland, who are ranked 12th.

League
The second daily Player SBC will be selected from clubs in either the Premier League, Bundesliga, LaLiga, Ligue 1 and Serie A, and based on their final league position from the 2018/19 season. The League category will begin on December 13 with Moses Simon from FC Nantes, who finished 12th in Ligue 1 last season, counting down to December 24 with a player who lifted their league’s trophy in 2018/19.

In addition to the 24 player SBCs between December 13 and 24, six more FUTMAS players will also be available via Objectives giving you a potential 30 new FUTMAS players to pick up this festive season.