The FUTTIES are an annual FUT celebration and this year, they are back, bigger and better! From Friday, July 7 through Friday, August 18, join in a 6 week celebration of the best of FUT content released throughout the past season.

Here is what you have to look forward to:

END OF AN ERA PREMIUM SBCS
Six players who are at the end of their storied careers will be released over the course of FUTTIES as special Premium SBCs. In addition, five match loan versions of each Premium SBC will also be made available with lower requirements.

FUTTIES PLAYER VOTING SBCS
FUTTIES awards are back, as SBCs! Over the course of the six weeks, 30 players will be nominated across 10 categories and you will have the opportunity to vote for your favourite by completing their specific FUTTIES Nomination SBC. By completing the FUTTIES Nomination SBC, you will also receive a pink FUTTIES Nominee item with base stats of the player you voted for. The player with the most completed Nomination SBCs will win each category. Their FUTTIES Winner item will then be made available with boosted stats in a separate Winner SBC. Completing the Winner SBC is the only way to get the Winner item, Nominee items DO NOT get an automatic upgrade.

“BEST OF” SBCS
The FUTTIES bring one final opportunity to complete some of the most popular SBCs released throughout the year for a limited time only during FUTTIES! This includes popular Player, Kits and Campaign SBCs and more each with a slight twist!

“BEST OF” PACKS
The FUTTIES also bring one final opportunity to get special content from fan favourite campaigns released throughout the year! Throughout FUTTIES, complete SBCs, compete in FUT Champions and Online Tournaments to earn these untradeable pack rewards.

MARQUEE TRANSFERS SBCS
With the transfer window opening on July 1st, the real world transfer market is starting to heat up with some top transfers already announced! With the new weekly Marquee Transfers SBCs you will be able to earn a loan item of the most exciting summer transfers of players to try them out on their new clubs. 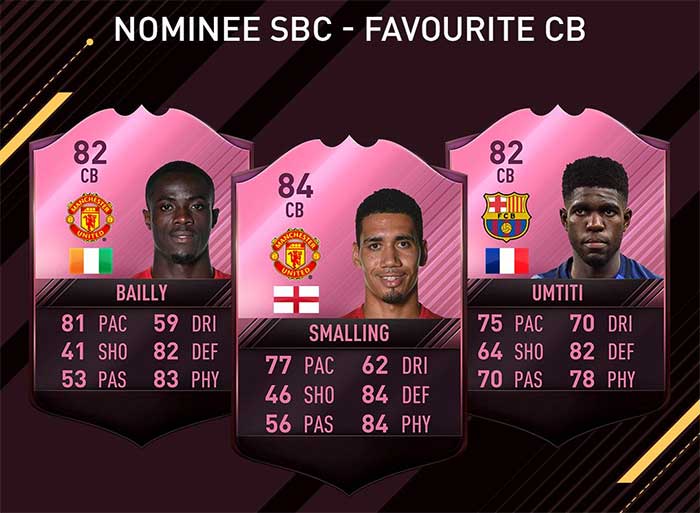 Q: How do I vote for FUTTIE Awards?
A: Complete the Nominee SBC for the player you want to vote for.

Q: Will the items that I get by completing a Nominee SBC have boosted stats?
A: No, the Nominee reward items will have the same stats but will be a special unique pink item.

Q: Do FUTTIE Nominee items get automatically updated if the player wins?
A: No, the winner’s item with boosted stats will be available only through a separate FUTTIES Winner SBC.

Q: Will transferred players only be available through Marquee Tranfers SBCs?
A: No, they will also be available in packs as per usual.

Q: Are players featured in Marquee Transfer SBCs awarded as special items?
A: No, they are regular player items.