The Headliners Squad of FIFA 20 Ultimate Team was announced. Let’s see who were the players chosen for these dynamic items.

They’re set to write the headlines in 2020 thanks to their incredible form, glimpses of potential under a new manager, system or a return from the treatment table. FUT 20 Headliners celebrates these players with special unique dynamic items that are permanently upgraded with the potential to be further upgraded based on individual and team performances throughout the 2019-2020 season!

At the launch of the event, each FUT 20 Headliners player item is released at one in-form upgrade higher than their latest qualifying performance based In-Form (TOTW, MOTM, Hero, Record Breaker or Team of the Group Stage item) or their base item.

In addition, FUT 20 Headliners will also receive an additional one-time permanent upgrade if their club achieves four back to back wins during the remainder of the domestic league season. If this occurs, the Headliners item will remain two In-Forms ahead of their last performance based In-Form throughout FUT 20, making Headliners one of the most powerful and dynamic player items ever!

Available in packs from January 17 6pm to January 24 6pm 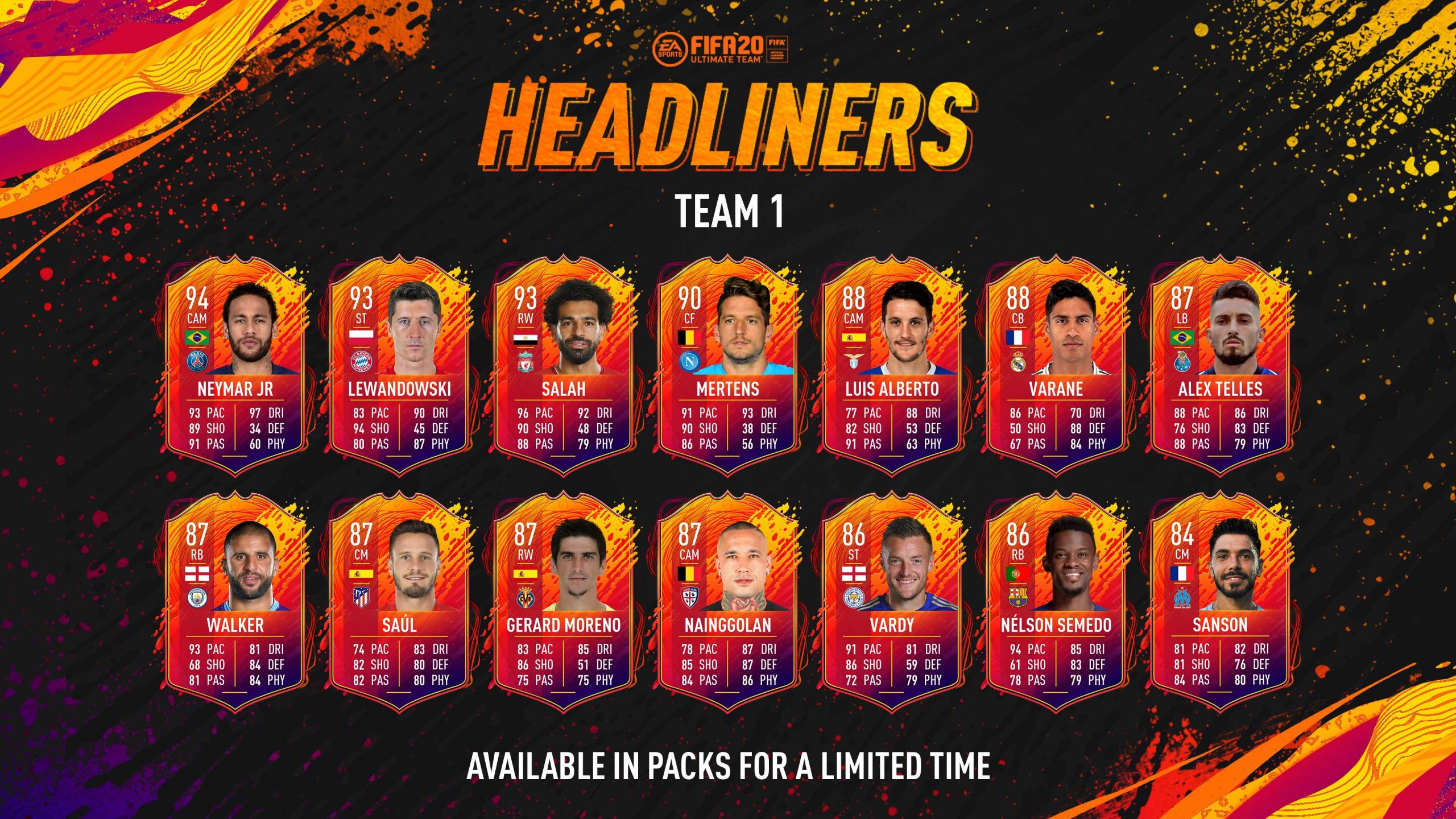 Available in packs from January 24 6pm to January 28 6pm Q: When does the club winning streak start from?
A: The Winning streak for each club starts from the launch of Headliners on Jan 17 2020. Any club wins before that date do not count towards the upgrade.

Q: How long will a FUT 20 Headliners player take to get updated in-game?
A: Similar to other dynamic items, individual performance upgrades will be available shortly after their most recent In-Form Item is available in-game. An upgrade based on a team’s winning streak will be updated within 48 hours of a team winning their fourth game in the winning streak.

Q: What happens if a player’s in-form item is in a different position to their FUT 20 Headliner item?
A: The position of the headliner item will always stay the same as the position at which it was released.

Q: Will FUT 20 Headliners’ dynamic images change if they get an upgrade?
A: Headliner items will have their own unique image, the image will remain the same regardless of how many performance based in-forms they get.