EA Sports introduced purple Heroes In-Form Cards on FIFA 15 Ultimate Team last week. Now it is time of the round 2 of these purple players cards.

These honour a player’s heroic contribution during an important match such as a league derby, winning promotion to a higher league, or saving his club from relegation. 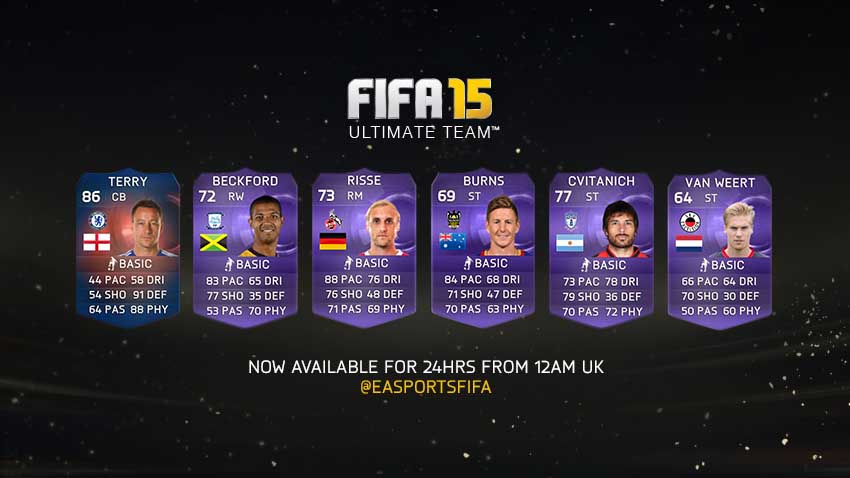 These were not the only special cards released today. A Record Breaker card of John Terry is now live too. He became the highest scoring defender in Premier League history when opened the scoring for Chelsea against Liverpool at Stamford Bridge. David Unsworth, with 38 goals, is the second one.