The FIFA World Cup Finals are the most watched sporting events in the world. They also generate the maximum turnover at betting shops. Then there are the merchandising opportunities generated. The next edition is FIFA 2022, which will be held in Qatar. Though there are three more years for the event, commercial minds are working round the clock to secure their share of the pie. 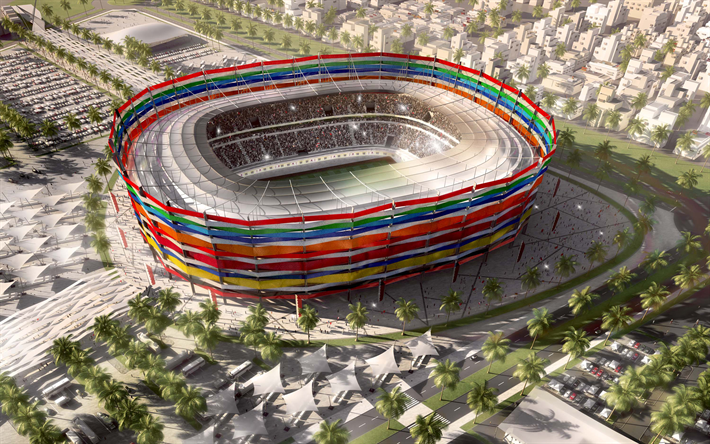 The Concept of a FIFA Themed Slot

– It has to be a branded slot developed under license from FIFA so that copyrighted graphics, video content and audio content can be used.
– The first FIFA World Cup was held in 1930 and the slot game has to reflect this almost 100 years of legacy.
– There will be no caricatures or created images, only photographic realism, still and video.

The Construction of the FIFA Slot

As The Game Loads
It has become the practice to play an introductory clip as the game loads. In this slot game the clip will take players through the host venues of the past 21 finals ending with a showcasing of the stadiums in Qatar. Then the slots reels could be set in the state-of-the-art Lusail Stadium where the final match will be held.

Reels Structure
The reels structures in online slots are getting more and more complicated. On first thought, the FIFA Slot could be developed with a new and innovative structure. But that could draw the attention away from the theme, which is undesirable. The best way forward is with the standard 5×3 structure with 243 ways to win.

High Paying Symbols
The choices for the high paying symbols are limitless. No matter what is selected, a lot will be left out. We propose that the top goal scorers in the history of the competition are set as the high paying symbols. There are two reasons for this. The first reason is that goals being scored constitute the most exciting moments of the game. Fans that have not been able to watch the full game, at least make it a point to see the goals in the highlights. This choice also fits in with the objective of encapsulating the heritage of FIFA.

The list of the top five goal scorers is given below.

The payouts would obviously be in proportion to the goals scored.

Win Animations
That the FIFA slot will have win animations is a forgone conclusion. The obvious choice is for a video clip of the player scoring his best goals. But something has to be different so that the slot machine towers above the existing fare.

Certain other features can also be incorporated to enhance the thrill.
– The clips could have the actual audio commentary of that time
– Instead of showing the same goal with every win, a different goal can be played from a pool of five goals for each player

Low Paying Symbols
Ultimately, football is a team sport. The flags of the countries that have won the FIFA World Cup could be the low paying symbols. Since only eight countries have achieved this honour, it makes sense to include all of them.

Wild Symbol
The logo for FIFA 2022 is an appropriate choice for the wild symbol. It connects the past with the future. The logo was released in September 2019. It is in the shape of an ‘8’ signifying the eight main stadiums that will be used in the matches.

Bonus Game
This has to be the clincher.
FIFA has had two trophies. The Jules Rimet Trophy was given to Brazil for perpetuity in 1970. Since then FIFA World Cup Trophy is awarded. These two trophies could be symbols used to trigger the bonus game.

– A multi-level bonus game with up to three sets of 10 free spins is envisaged.
– The tournament is down to the quarter finals and you select your team from the eight past winners. You will play a randomly selected opponent.
– In the 10 free spins, the slot game will track the number of times your team flag appears and the number of times the opponent’s flag appears.
– If your team flag appears less times, then you lose. You collect the free spins winnings and the bonus ends.
– If your flag appears more times then you collect the winnings and move to the semi-finals, where you play another team. The process is the same.
– If you win again you play the final. If you win the final you get a jackpot prize in addition to all your free spins wins.
– A bracket and simulated results of other matches could be added between the levels to create a sense of realism.