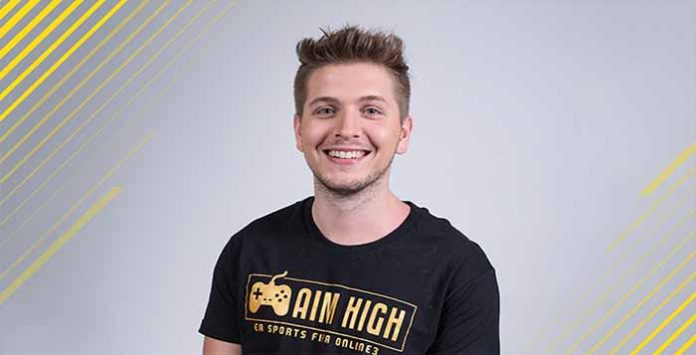 Ivan ‘Boraslegend’ Lapanje is one of the best FIFA players of the world. Take a look to his interview now that eSports and FIFA 17 Champions Series are becoming more and more popular.

Ivan “BorasLegend” Lapanje dreamed of a different kind of stardom when he was growing up in Boras, Sweden. Joining the IF Elfsborg Youth Academy, he took a spot as part of their setup for eight years, before injuries derailed his career at 15. It was a tough pill to swallow, but he found another avenue to achieve his goal of performing at the highest level, albeit in a different medium.

The 24-year-old is now one of the top FIFA 17 competitors in Europe, and can’t wait to compete at the Season 1 Paris Regional Final on February 4, 2017. “I had a big dream to become a professional football player, but when my body didn’t allow me to do that, [I found a different way] by playing it virtually,” said BorasLegend in an interview. “I don’t think I would have ever reached the same success playing if my injuries didn’t stop me. FIFA has given me a lot of unique opportunities in life. I get to travel a lot and see the world, which is fantastic, and I also get to meet a lot of interesting and nice people.”

BorasLegend is now considered a veteran in the FIFA competitive gaming scene, having joined his first FIFA eSports team—the Copenhagen Wolves—in 2013, before winning his first major title at the Las Vegas VGCS on FIFA 13. However, plenty has changed since then for the Swede.”Everything has basically moved to Ultimate Team, which is the biggest change,” he said. “Back in the day, Real Madrid vs. Real Madrid was the standard game. Now it’s bigger than ever because EA SPORTS started FUT Champions. It’s really nice to see the transformation in the community right now. The good players are getting a lot more visibility than before.”

After stints with Alliance and Trig eSports, BorasLegend has found a home as a member of Hashtag United, one of the most formidable FIFA eSports teams in the world. “I’ve been on a couple of teams now, and I have learnt a lot from these sojourns,” BorasLegend said. “Most of all, I’ve learned which type of teams fit me the best.”

Following a tough 2-1 loss in the 2016 FWIC semifinal against Mohamad “Bacha” Al-Bacha, 2017 is about a year of redemption for BorasLegend. “I’ve watched the match a couple of times for educational purposes,” he said. “It was a great game and there was not much I could do about the loss. Bacha played great and deserved to win the tournament.”

One lapse, one mistake can cost a player a match. That’s why the practice, the dedication – what goes on behind the scenes, away from the lights – is so important. Without this, the top FIFA competitors couldn’t consistently perform on the biggest stages.”I practice a lot to be able to stay at the top,” said BorasLegend. “[FIFA] is a tough eSport with small margins [for error]. I am enjoying every day that I am privileged to live my dream.” Throughout his time as a professional, BorasLegend has become very familiar with the players he will compete against at the Paris Regional Final. This doesn’t make what’s coming any less of a mystery, though. “It’s hard to tell,” he said, when asked what he expects in Paris. “There are a lot of skilled players and the tournament format is still pretty new to all of us. The only thing I can guarantee is a high level of FIFA. I believe all of the competitors are strong, but I will focus on my own game.”

As far as his strategy, BorasLegend maintains high pressure on defence, and then relies on maintaining possession and a wizardry in small spaces to win matches. Using these tactics to have a positive start to his 2017 campaign in Paris is at the front of the Swede’s mind as he enters another year of competitive FIFA play.
“My goals this year are to maintain my good results and stay at the top of the competitive scene,” he said. “Also to not get sunburned this time when on vacation,” BorasLegend added. “I’m always lazy with the sunscreen.” It’s not all serious for the Swede.