Liverpool’s Jordan Henderson will join Messi on the FIFA 16 cover of United Kingdom and Republic of Ireland, that will be on the stores at September 25, for all platforms.

Jordan Henderson began his career at Sunderland in 2008, with a loan spell at Coventry City in 2009, before moving to Liverpool in 2011. In 2010, he won his first cap for England, having previously played for and captained the under-21 team. He has represented the country at UEFA Euro 2012 and the 2014 FIFA World Cup. The Liverpool’s captain usually plays as a central midfielder for both club and country. However, due to his versatility, he has been known to fill other roles such as a right winger, right midfielder, right back and right wing-back. He became the Liverpool vice-captain in 2014, and was then promoted to first team captain on 10 July 2015 after team mate Steven Gerrard left the club for LA Galaxy. The 25 year-old will grace the cover wearing his Liverpool team kit and will share the spotlight with global cover athlete, Lionel Messi. Last year, Chelsea’s winger Eden Hazard was the player who joined him in the special cover of UK & Republic of Ireland.

Jordan Henderson thanks fans for voting him onto cover of FIFA 16 cover of UK:
“Thank you to everyone who voted the support from you all was incredible! (…) Proud to have won the vote to be on the cover of FIFA 16 !“

Here it is the FIFA 16 cover of UK & Republic of Ireland featuring Jordan Henderson: 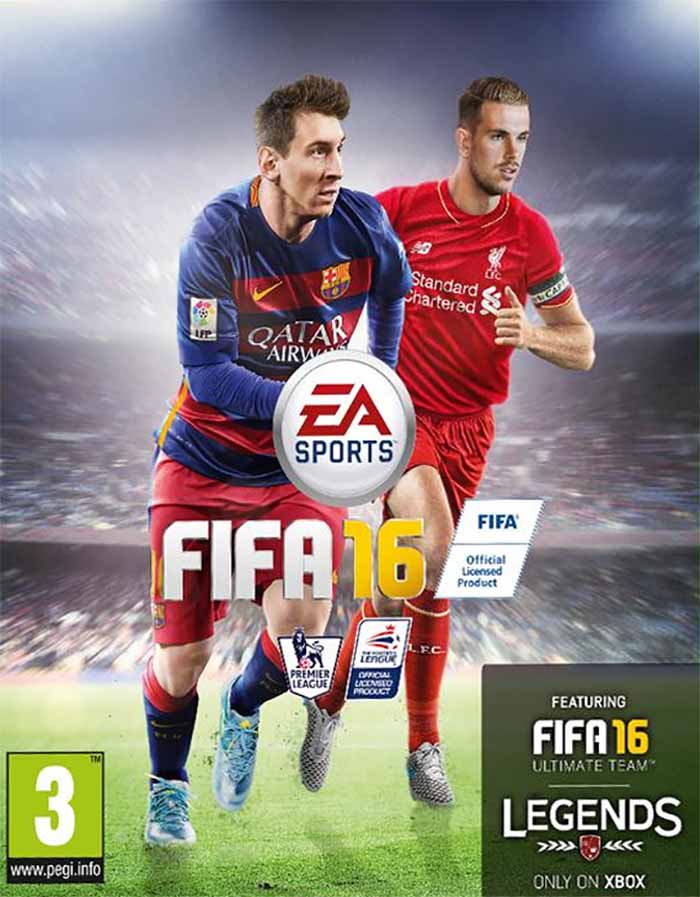