Manchester City are offering one lucky fan a chance for a one-on-one coaching session with one of their pro-FIFA players, Shaun “Shellzz” Springette. Shellz is the current ePremier League champion. The other pro the lucky fan will learn from is Ryan Pessoa.

The two eSports pros will be representing Manchester City in several competitions globally this season. Moreover, they have also been grasping the nettle with the latest edition of EA Sports’ massive hit football game FIFA. This means that whatever you learn from them will complement what you learn from other eSports sites offering such training. Furthermore, it is unique knowledge that could take your gaming experience to the next level.

Manchester City’s exclusive tournament dubbed Cityzens is free to enter. The prizes include an online personal training session on PS5 or Xbox Series X. After that; you get a chance to test your football skills with a match against Shellz or Ryan. The winner also receives a limited edition Manchester City 21/22 PUMA Esports shirt.

Man City Runs One of the Best Esports Platforms

Manchester City has one of the most developed eSports platforms in the world of football. It has players in the UK, US and China and runs a strategic partnership with Faze Clan, a global gaming giant.

City’s professional eSports players Shellz and Ryan will wear the shirt as they represent the Club in FIFA competitions this season. The remarkable design of the shirt is an extension of the digital graphic that features on the City’s home playing kit. The kit celebrates the 93:20 goal from the memorable 2011/12 season. If you are a soccer fan, you will remember Sergio Aguero’s goal as one of the greatest moments in the Club’s history.

On the other hand, Manchester City’s Official Exhibition Partner, Expo 2020 Dubai, will become the initial front of shirt partner for a Manchester City eSports shirt. This is after they were recently unveiled as the Club’s new training kit partner. Additionally, Nexen Tire and Etisalat continue their long-established support of Manchester City’s eSports and will also feature on the shirt sleeves.

Commenting on the new shirt design, Shellz claimed that it has a fantastic design. He also hailed the introduction of the hoodie this season which he claims is going to be very popular in the gaming world.

Moreover, the current ePremier League champion also states that it is exciting for players and gaming fans when Manchester City and PUMA unveil new products. Every year, they keep improving the product range.

Shellz also stated that they feel fortunate to have their own eSports shirt to wear as they represent their Club. He also hopes that they will continue celebrating more success in the new, amazing shirts this season.

The launch of the new kits was made more special by the return of club legends Pablo Zabaleta and Nigel De Jong. The two players had significant contributions in the 93:20 QPR game, immortalized on the new shirt’s back.

As part of its collaboration deal with Expo Dubai, Manchester City hosts daily football sessions at the Expo site. The sessions will be led by the Club’s coaching staff, who promised to use the same training methodology applied by the teams on the pitches.

According to the Club’s CEO, Ferran Soriano, the partnership will integrate Expo 2020 as an integral part of the Club’s training sessions, and match days as their teams challenge for tremendous success during the season.

Expo 2020 branding will also appear across Etihad Stadium and City Football Academy training facilities. Besides that, it will also feature on Manchester City’s content and digital platforms. The CEO further stated that Expo 2020 showcases values of innovation and sustainability that are unreservedly embraced at the Club.

On the other hand, Expo 2020 Dubai, through their Chief Sales & Macroms Officer, stated that they are excited to enter the deal with Manchester City. According to him, the partnership involves the exchange of ideas and opportunities. For instance, he claimed that partnering with City as their training kit partner will massively boost their ability to inspire worldwide fans. 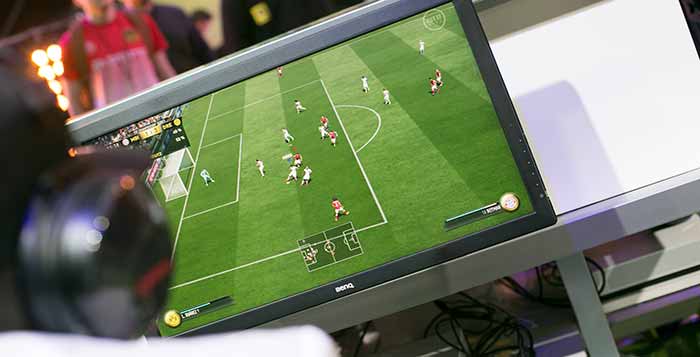 Esports Is a Big Deal

Every year, players aspire to prove themselves as the FIFA in a series of tournaments. Even though the prize money has not reached the levels of Counter-Strike: Global Offensive (SC: GO) is getting bigger every day.

Real football clubs have been involved in eSports too, building their own eSports branches to grow their global conquest. In this regard, some clubs have created the best football clubs with links in FIFA eSports games. Here are the top five according to recent reviews: