C.D. Guadalajara’s Marco Fabián will join Messi on the FIFA 16 cover of mexico, that will be on the stores at September 22, for all platforms.

Fabián represented Mexico in several youth categories before reaching a full cap with the senior team. He was in the initial roster for the 2011 Copa América, but was expelled from the team and suspended for six months along with six other players, for breaking disciplinary codes at their concentration hotel in Quito. In 2012, as a competitor of the Mexico U-23 team, Fabián helped Mexico qualify to the 2012 Summer Olympics and win the 2012 Toulon Tournament, where he was the top scorer. Fabián was part of Mexico’s roster who won the Olympic gold medal at the 2012 Summer Olympics in London after defeating Brazil, 2-1 in the final. He made his senior team debut during the Apertura 2007 season in a match against Chiapas, and scored his first goal during the Clausura 2008 season against Monarcas Morelia. Fabián took part in the Copa Libertadores in 2010 as Guadalajara reached the final but lost against Internacional, accomplishing 2nd place in the tournament. The 25 year-old will grace the cover wearing his team kit and will share the spotlight with global cover athlete, Lionel Messi. Last year, Javier Chicharito Hernandez was the player who joined him in the special cover of Mexico.

Here it is the FIFA 16 cover of Mexico featuring Marco Fabián: 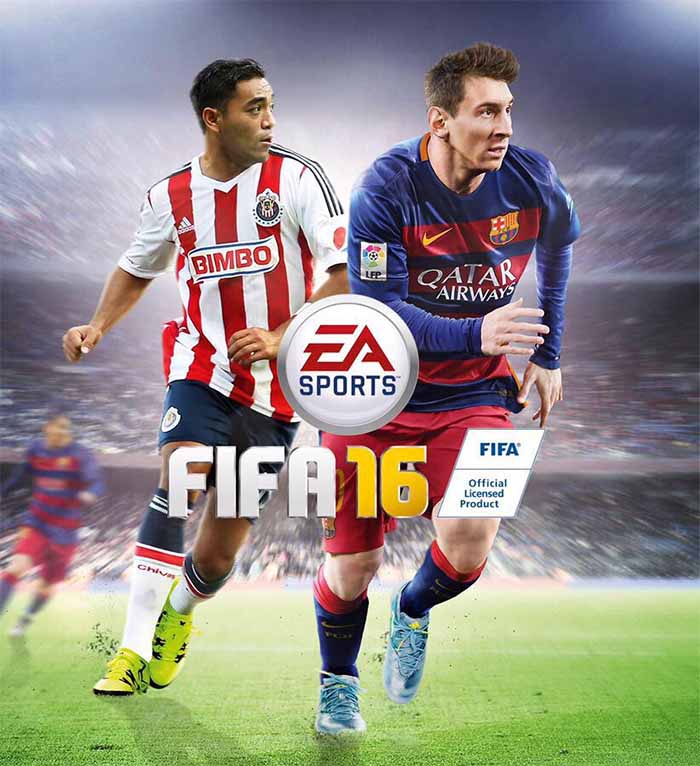