Pink cards are now available in FIFA 15 Ultimate Team, just like Daniel Sturridge loan for everyone.

Nominees to the FUTTIES 2015

The FUTTIES, special award in-forms chosen by the FIFA community, will be chosen until July 12th.

Starting July 1, you’ll be able to vote for your favorite FIFA Ultimate Team players in 10 award categories celebrating their in-game heroics for your FUT Club. After the votes have been tallied, each award category player with the most votes will receive a special pink FUTTIES in-form with improved stats. Get ready to show your support for the players you love in FIFA Ultimate Team!

And the Nominees to the FUTTIES 2015 are…

In for the Safe Hands
Who is the most reliable between the sticks for your Ultimate Team?
Handanovic, Sirigu, Lloris, Leno, Muslera

In for the Tackles
Sliding or standing, these players have the ability to turn defence into attack with a single tackle
Khedira, Yaya Touré, De Rossi, Cattermole, Luiz Gustavo

In for the Skills
Showing appreciation for the entertainers who make their opposition look amateur
Quaresma, Nani EI, Taarabt, Chikhaoui, Çifty

In for the Longshots
Screamers, smacks, belters and blinders. They’re all capable, who’s your choice?
Ronny, Kolarov, Guarín, Hernanes, Rooney

In for the Headers
Responsible for the old-school number nine favourite. Get your cross in and there’s only one result
Negredo, Cavani, Mandzukic, Carrol, Klose

In for the Leadership
They came, they saw, they conquered. Which of these icons would lead your Ultimate Team into battle?
Lampard, Ronaldinho, Gerrard, Pirlo, Xavi

In for the Weak Foot
It’s fallen to the wrong foot, but there’ll be no balloons or under-hits from this bunch
Blanco, Villa, Totti, Mkhitaryan, Eriksen

Out of position
They have their position, you’ve got different ideas. The players that you shift around the pitch regardless of chemistry
Alaba, David Luiz, Walker, Walcott, Bale

Perfect Link
Matches made in heaven. Same club and nationality is a deadly combination
McGeady and Coleman, Pastore and Lavezzi, Alba and Pedro, Barzagli and Chiellini, Gundogan and Reus

In for the Pace
In honour of the men who leave opponents in the dust
Ramires, Doumbia, Ibarbo, Ramos, Emenike 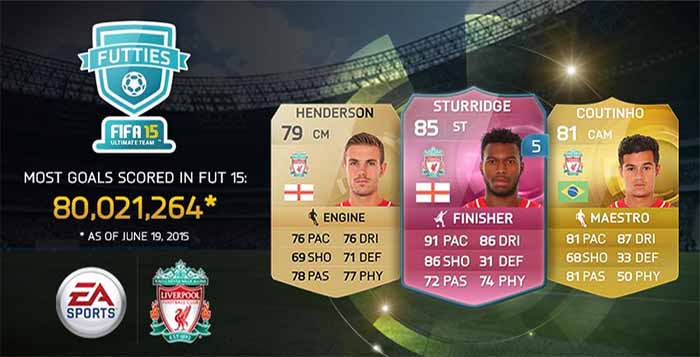