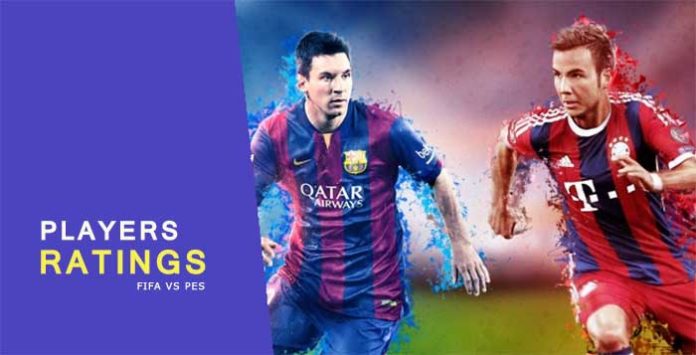 For the first time ever, Pro Evolution Soccer includes a game mode which looks like FIFA Ultimate Team: myClub. In both it is possible to build the team of our dreams using micro-transactions. Let’s compare the PES 2015 player’s ratings with the FIFA 15 player’s ratings.