Every week, FGN picks the best FIFA 13/ FIFA 14 picture or the best football picture and show it to you. Let’s take a look to the best picture of this week (POTW).

Picture of the Week – POTW Round 25 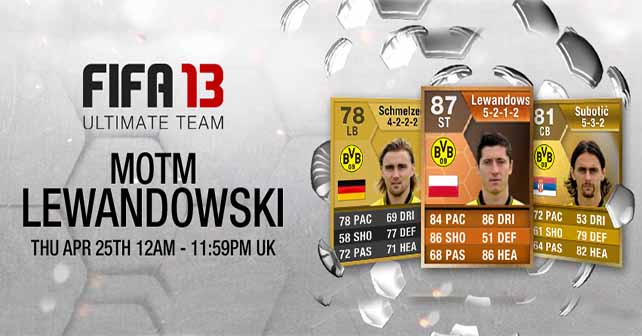 In this POTW, EA shows that Lewandowski got a orange card by his fantastic performance against Real Madrid. The Polish scored four goals (a poker!) by his team, and helped Borussia Dormund to almost qualify to the Championship League Final against Bayer FC (who believes that Barcelona will be there?!). It will be a German final for sure. Congratulations to Lewandowski. He deserves this special card.