Every week, FGN picks the best FIFA 13 picture or the best football picture and show it to you. Let’s take a look to the best picture of this week.

Picture of the Week – POTW Round 21 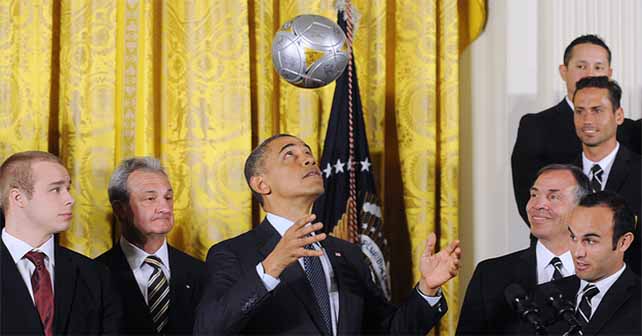 In this POTW the probably most powerful man of the world, the President of Unites States Barack Obama, showed off his skills at a White House ceremony, bounced a soccer ball on his head. One image worth more than thousand words.