PlayStation 5 (PS5) users, however, will have more leverage on FIFA 22’s most immersive features as they are built to exclusively utilize PS5’s DualSense controllers. The wireless controller is a major upgrade to the previous gen’s DualShock controller. It’s made to heighten senses with features like immersive haptic feedback, dynamic adaptive triggers, an accelerated motion sensor, and a built-in microphone supporting 3D audio.

EA Sports had been committed to using PS5 hardware to create a riveting football experience to reflect the tagline “Powered by Football.” With those new features, gamers can feel the rhythm of a match in their hands and, if connected to supported headphones, hear the euphoria inside the stadium. 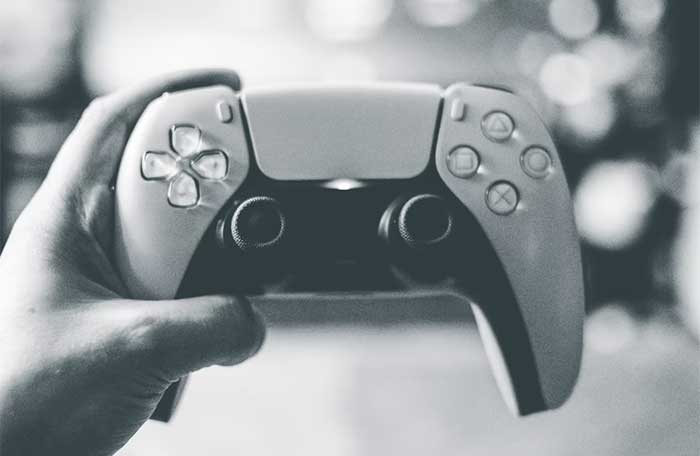 DualSense controller’s new haptic feedback and adaptive triggers are the game-changer this year. In FIFA 22, the haptic feedback receives a major upgrade that makes it even more immersive than the ones in FIFA 21. Not only does the haptic reflect the physicality of tackles and emulate the sensation of the ball hitting the crossbar, but it also mimics the power of the kick and the tension of the net. The feeling of the crowds erupting into celebrations in the stand can be sensed as immediately as a goal is scored.

The developer also extends the haptic feedback for unique moments in the game, such as crosses, sliding, and shielding, to complete the existing feedback for tackles, jostles, saves, shots, and passes. Unique moments of the match are also enhanced through DualSenses adaptive triggers. A gamer can feel the impact of players’ stamina with the trigger’s sensitivity. As the match progresses, the increased trigger resistance makes it harder to sprint or shield the ball.

With built-in features catered to the DualSense controller through the use of haptic feedback and adaptive triggers, FIFA 22 offers a whole new experience for PS5. This might also herald a crucial shift in the esports landscape. As developers started to build more exclusive features for DualSense controllers, PS5 might as well become the benchmark and default platform for e-sports tournaments that has been a new favorite for bookies. Popular betting sites like Platincasino Slots UK have begun to cater to the increasing demands for FIFA esports and PS5 games.

For the first time, FIFA 22 introduces 3D Audio that brings gamers inside the match as if they are in the middle of the pitch. Teammates’ voices asking for the ball or instructing to defend are audible within the sound mix, blending in with other sounds around the pitch. Different areas of the pitch or stands might produce different kinds of noise and gamers can listen to all of them as if they are deep in the match. With DualSenses audio jack port, gamers can plug in supported headphones and feel a more immersive atmosphere of playing football on the highest level.

Alongside 3D Audio, the new HyperMotion gameplay also makes every single match feel more realistic. This new gameplay utilizes computerized data taken from advanced 11v11 match capture compared to the traditional motion captures. Combined with upgraded machine learning, FIFA 22 captures a high-suspense match atmosphere filled with unique animations and small gestures. In this new iteration, the developers add over 4000 new animations to the already packed game. All these new animations contribute to the unique moment on the pitch that can be felt through the DualSense controllers.

With FIFA 22 optimized to harness PS5 hardware, the footballing sims become more immersive especially with the new technologies applied on the DualSense controllers. New haptic feedback and enhanced adaptive triggers make a gamer feel the game in their hands. With HyperMotion gameplay features and 3D Audio that can also be felt through DualSense controllers, football gaming experience has never been this immersive.