Football is always here, somewhere around us, and there’s no way to escape from it… Even in the world of video games, there are two fan camps – those who are for FIFA and those who are for PES. Members of these two sides don’t gather in stadiums, nor throw flares. They are in front of their TVs and game consoles and spend their free time with joysticks in their hands.

For a long time, the fans of these two games were locking horns with each other on who had the larger base of gamers, but that has become a thing of the past – FIFA is definitely in the first place today.

This Is When the Difference Between These Two Was Made…

FIFA is a video game whose first version came out back in 1993, while the first PES appeared a little later, in 1995. The publishers of these two games, EA Sports and Konami, have been competing for years over who’ll offer something new. PES put more emphasis on the tactical part of the game, which was more interesting for most.

If you remember that time, you certainly had the impression that PES dominated, which is now acknowledged by some of the best professional FIFA video game players.

Many FIFA fans don’t want to admit it but until 2010 they were exclusively tied to PES and didn’t even think of switching to FIFA. It was simply a level below PES, in every sense. However, FIFA has been launching a completely new game engine since 2011, which significantly changed things on the market and has gained in popularity ever since.

Not only did they make a completely different game, but from the same year, Konami, for many unknown reasons, started making a different PES than people got used to. One of the reasons why Konami decided (tried) to improve PES by introducing new ball controls, which made the game quite difficult compared to previous titles in the series, was due to selling fewer copies than FIFA.

Why Players Turned Their Backs on PES?

The new game engine, then introduced by FIFA, offered exactly what was the biggest shortcoming of PES and that’s great animation and improved player movement. These are just some of the reasons why ordinary players have turned their backs on PES.

The popularity of FIFA can be depicted in the best way by the fact that numerous football stars, both former and current, have established their own eSports organizations. Professional footballers received big sums for appearing on FIFA video game covers and promoting it. For some, even just learning to comment eGames is enough to satisfy their desire to get involved in this virtual world.

Earlier on this year, West Ham trio – Snodgrass, Fredericks, and Yarmolenko – acted as casters of Counter-Strike: Global Offensive in the BLAST Premier studios in London. Their teacher of the day was one of the world’s most famous hosts of this game, Auguste ‘Semmler’ Massonnat. Snodgrass and Fredericks gave their own unique comments to some of CS: GO’s iconic plays. 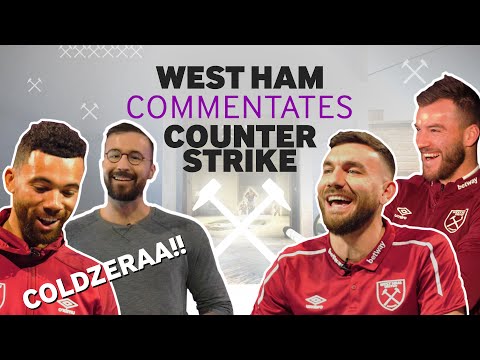 The Current Situation on the Market

Let’s all admit, FIFA 10 was probably worse than the one from 1997, which kept PES’s head above the water. Newer releases of PES have led to visibly poorer graphics, different game dynamics, and a lack of licenses for many clubs, which has become PES’ biggest problem. The players want a more realistic replica of real football, and it bothers them when instead of, say, Tottenham, they see North East London.

For the past ten years, PES has been a partner of UEFA and had licenses for the Champions League and Europa League, but in 2019 it lost that as well. When it comes to the popular “top 5” leagues, PES has complete licenses only for the two – the Italian Serie A and the French Ligue 1 – as well as for a small number of clubs from the Premier League and the La Liga. The German Bundesliga, for instance, is omitted.

Hand on heart, the latest edition of PES has received positive reviews. On some review sites, such as GameSpot or IGN, it has an even better rating than FIFA. For some, playing PES is just a habit given they play it for more than ten years, and then it’s difficult to switch from one game to another. It’s the same sport but still different. FIFA and PES gone separate ways in terms of dribbles and passes so, whoever plays one game once will find it difficult to switch to another, many eSports gamers say.

The ratio of sold copies of these two games is 22:1 in favor of FIFA. So much market dominance calls into question this rivalry. Our humble opinion is that it’s crucial in the fight between these two games that FIFA has developed better online modes than PES.

The rivalry actually arose about ten years ago when both companies wanted to improve their games. However, FIFA has made a lot of progress and gained a large audience, while PES has practically set back its football simulation.

In addition, FIFA has recently gone so far that a question of whether rivalry with PES still exists or not shouldn’t be even asked. If we had asked this question 15 years ago, the answer would have been different. Both EA Sports and Konami try to offer players something new from year to year, the only dilemma is who’s more imaginative and skilled in realization. And FIFA is convincingly leading at the moment…