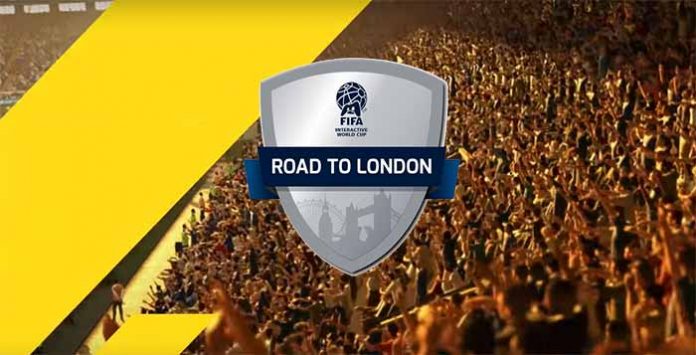 Ruud Gullit was present in London for the FIWC 2017 Grand Final. The FIFA Legend was one of the most-used players in FUT Champions mode.

Ruud Gullit Was on the FIWC 2017 Grand Final

FIFA Legend Ruud Gullit was in London on Friday to watch the climax of the FIWC 2017, handing the trophy to new world champion GORILLA after his triumph against DETO in the final. The former AC Milan star did not miss a moment of the action, and even got to witness a poignant homage as the English victor found the net with his onscreen avatar.

“I don’t play the game, so the first time I saw that I didn’t know what it meant,” said Gullit, looking over his player profile for the next FIFA release – a set of statistics even more impressive than in the past. “I’ve since understood that it’s pretty extraordinary to have figures that high. I also know that quite a few players choose to play with me in the game. That’s nice and it makes me very happy.”

In actual fact, virtually every professional Xbox player has Gullit in their FIFA Ultimate Team, despite few having been born when the Dutch icon was in his pomp. “It’s nice to know that young players are aware of me thanks to that, but it does make me feel old,” he joked. “Seriously, though, it’s a huge honour. And it encourages them to watch videos from my career to see how I played. It’s like a second youth, but with less hard work for me (laughs).”

Gullit and his peers tended to play cards with each other back in the day, but the gifted midfielder was not completely immune to the joys of videogames. “I played a game in the 90s called Exhumed, but unfortunately there was never a sequel,” he said.

Professional footballers today are almost all fans of the FIFA series, and Gullit sees no problem with the popularity of the game – though, as a coach and father, he is keen to encourage moderation. “Young players nowadays play a lot, and you have to adapt to each era,” he said. “The only thing I tell my players is that too much time spent in front of a screen before bed can disturb your sleep. We just have to educate the young and explain that they need to know when to stop.”

That same message can often be heard from FIFA and other eSport champions, with the top players learning more and more about the values of rest and healthy living. FIFA.com spoke to several of them to find out what makes playing with Gullit such a thrill:

GORILLA
“He’s the best midfielder in the game. All his stats are very high. He’s big, powerful, got great technique and he can do everything on a pitch.”

TASS
“He’s a very rounded player. When I’m looking for a midfielder, I look for a big player with good technique who dribbles well and can defend. Gullit has all of that, and I’ve seen that his stats are going to be even better next year!”

JANOZ
“I’m only 25 so I didn’t see him play. I discovered him thanks to FIFA and it’s funny to see one of my team’s best players in real life.”

DANI
“I’ve used him in every match since he’s been in FIFA, but it still took me a little time to get him because he’s very expensive (laughs). After Cristiano Ronaldo, I think he’s the best player in the game.“

Gullit was the chosen this year. Who will be present on FIWC 2018 Grand Final? It is not easy to guess but in the life sometimes we need to take risks. Maybe a few sites, like www.bestbettingsites.co.uk, will give you the chance to try.