It was released today the Team of the Year for FIFA 14 Ultimate Team. Find out who are the players that were included on this TOTY.

Team of The Year for FIFA 14 Ultimate Team

It was an incredible year of football highlighted by some amazing individual performances and team efforts. The best goalkeeper, defenders, midfielders and forwards have been voted on and the finest players from the past year of football have been selected! To help celebrate this prestigious honour, FIFA Ultimate Team will be releasing special Team of the Year In-Form items.

The best players of the world in 2013 were announced today. Here they are. It is the Team of the Year for FIFA 14 Ultimate Team: 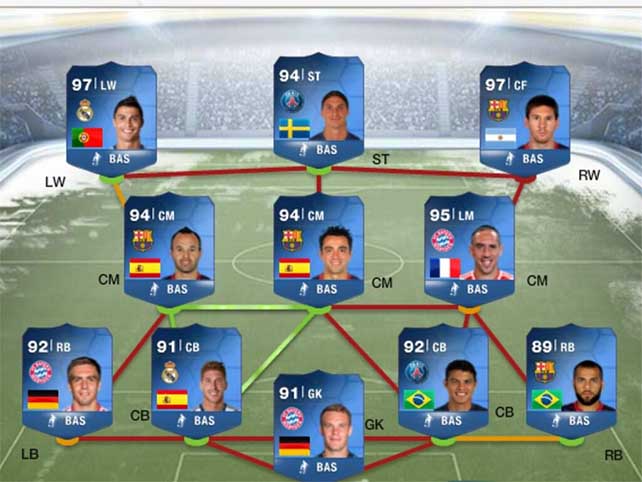 Team of The Year for FIFA 14 Ultimate Team

But it was not only the day in which the best players of 2013 were revealed. Ibrahimovic has won the prize for the best goal and Jupp Heynckes was recognized as the best coach of the world. But there is more…

2013 proved to be another goal-drenched year for Cristiano Ronaldo. The Portuguese star helped himself to 34 of them in the 2012/13 Liga season, a haul beaten only by Lionel Messi’s 45, and scored a hatful more in Europe and for his national team. Always on top form for Real Madrid and Portugal, the flying forward, who won the FIFA World Player award in 2008, is only gaining in stature with Los Merengues, and it came as no surprise when he extended his contract with the club to 2018 and said he was considering staying put for the rest of his career.