Protect the Ball and Teammate Intelligence will be great additions in FIFA 14. Find out how it will be.

Protect the Ball in FIFA 14

In FIFA 14, franchise fans will dictate the tempo of a match with an all new gameplay feature: Protect the Ball.

An intuitive mechanic, Protect the Ball is expected to enable players to fend off and block opponents from the ball while running at any speed. Now, when a ball carrier is being pulled while advancing, they will be able to counter this by stepping in front of the defender and using their body to shield the ball. With the ball at their feet, players will be able to step into the opposition and hold them off to maintain possession and make a pass.

Protect the Ball also gives players the ability to fight for position prior to receiving the ball. Picture a striker at the top of the box waiting for an incoming ball from a midfielder; he will now be able to win that space, receive the ball with his back to the goal, and then turn defenders to create opportunities.

Controlling play through midfield and staying in possession of the ball will be very important to whether or not players can dictate the tempo of a FIFA 14 match. Protect the Ball. Dominate the midfield. Dictate the tempo. 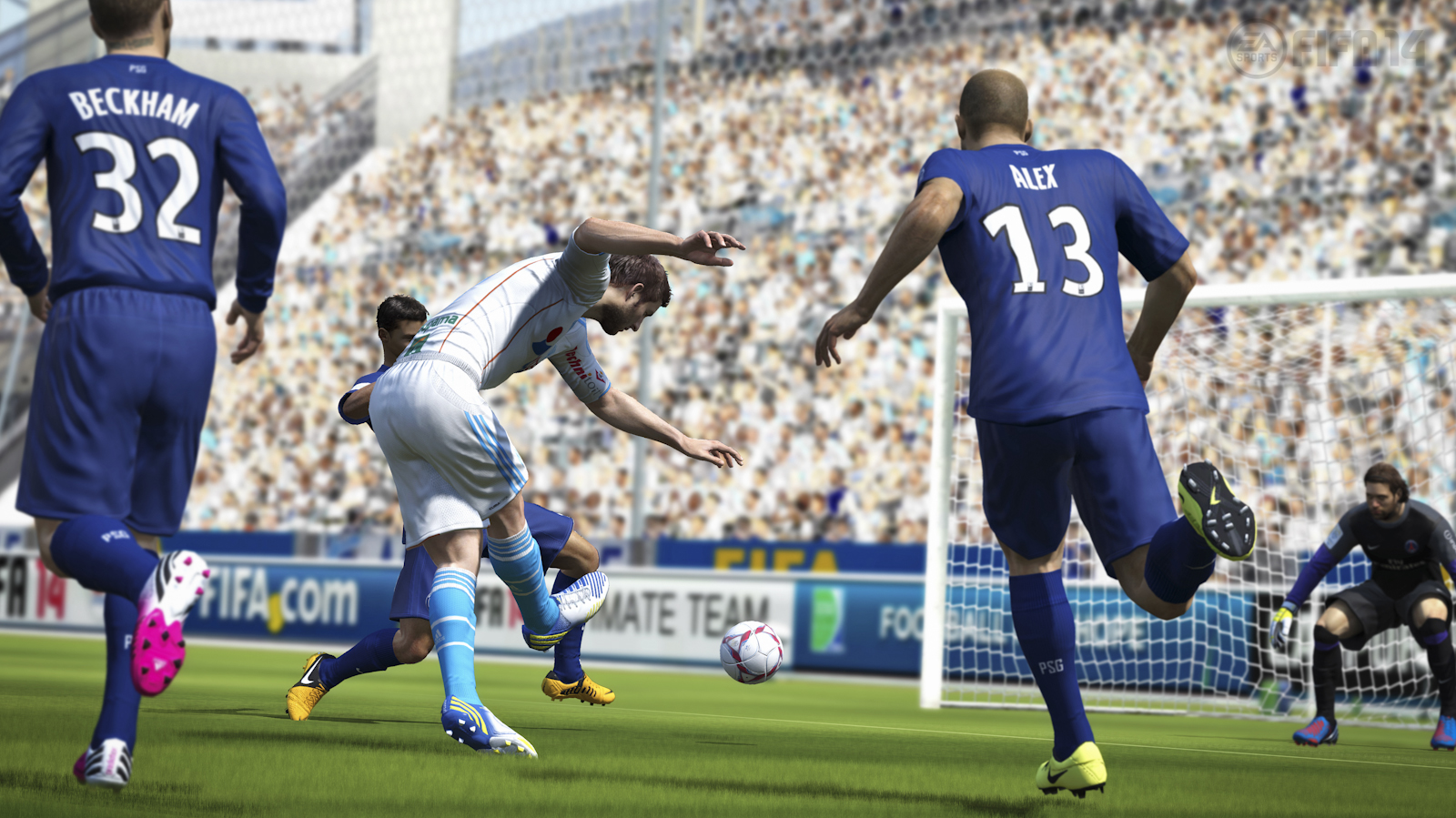 With Teammate Intelligence in FIFA 14, players will have better decision-making and teams will play smarter on both the attack and defense to bring the beauty of the game to life.

FIFA 14 introduces new run types to make goal-scoring opportunities even more exciting. Players will have the intelligence to break down defenses by creating space for themselves and separation from defenders. You will notice that attacking players will watch the backline to avoid being caught offside before breaking free for a pass or through ball. Attackers will also now perform checked runs to confuse defenders. Additionally, the center-forward will back into a defender to hold position and receive the ball, creating space to gain possession. Afterward, he will either release to another player or turn and shoot on goal.

In FIFA 14, defenders will be better at tracking runs without over-committing. They will recognize opportunities to support and apply pressure from anywhere on the pitch. Rather than always covering the player closest to them, AI defenders will better position themselves to reduce the chance of someone being left wide-open. Defensive decision-making will be based on multiple frames enabling defenders to continually analyze the play to search for the most dangerous player. This will improve run tracking and man marking. Smarter, tighter marking will change the way games unfold as more action is driven to the middle of the field, leading to tighter passes and a greater emphasis on strategy. Also introduced this year is defensive pressure—teammates will recognize good opportunities to win back possession and support with tighter marking and more pressure. Previously, once a team had a lead late into a match, they would begin to slow the pace to run down the clock. Now, Defenders will recognize this and press the attacking players in an attempt to win back possession.

When combined with Protect the Ball, teammate intelligence opens up the entire field. Plays will form organically as smarter decisions are made, meaning a more realistic football experience.

As it happens with Pure Shot and Real Ball Physics, Protect the Ball and Teammate Intelligence will be great additions in FIFA 14. Find out how it will be.

This article was based on EA Blog.