Q: As it is near impossible to be able to afford some of the best players in the game purely by playing matches, are there any plans to have larger rewards for playing games?
A: Our focus is on balancing and stabilizing the economy so that current coin rewards maintain their intended value. Increasing coin rewards for matches would only continue the imbalance and instability of the FUT economy. However, we’re currently exploring new FUT promotions and content ideas while keeping the game balanced. We will also offer featured in-game tournaments with bigger rewards.

Q: What’s the reason behind implementing universal price ranges instead of doing it for each console (separately)?
A: At first, Price Ranges were universal for all players across all platforms. We felt that this was the fairest method of introducing the feature. And to be honest, it was also the best way to manage the feature on the back end. However, based on your feedback, we’ve already set separate ranges on different platforms for high-rated players.

Q: Is there a reason for minimal price bands, if so what is it?
A: Removing the minimum range would open Price Ranges to the movement of fraudulent coin selling transfers. Coin sellers are looking to use certain players with market values much lower than their maximum range in order to transfer set amounts of coins. We understand that the minimum price range has been a frustration for many of you, but it’s a necessary part of eliminating coin selling in FUT. We’ll continue to adjust Price Ranges for players in order to find the right balance for the Transfer Market.

Q: Why were price bands implemented at this point in the life cycle of Fifa 15?
A: The inflation of player prices (due to increased levels of fraudulent coins in the market) had to be addressed as soon as possible. The benefits, including a balanced market and attainable player prices, are the positives of making this change for FUT 15.

.Q: Is anything big planned for after TOTS this year to keep people interested in FUT? (like they did last year with World Cup mode?)
A: We got some cool promotions planned, including brand new in-forms. We still haven’t used our pink IF colour yet ;-). 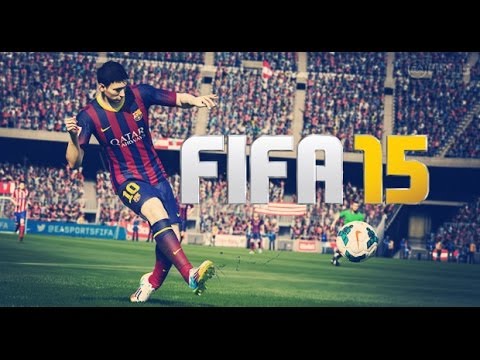 Q: Why is the gameplay so different between FUT and Online seasons? Seems like the general pace of the game is way different and the gameplay mechanics are noticeably less-buggy in Online seasons. Also there are some features in online seasons that are very helpful to tweak my squad exactly to my liking ie custom formations & ability to save custom tactics. Is there any reason why these weren’t included in FUT?
A: Chemistry is the difference between FUT and Online Seasons. Chemistry boosts player attributes (shooting, pace, and more). We believe that custom formations don’t really work well with the chemistry system and would be exploited.

Q: Could you tell us exactly how chem styles and overall chemistry affect our players? What does playing on 4 chem vs 7 chem vs 10 chem look like from a programmers point of view? What does a Hunter card look like from a programmers point of view? We can see what it says on the screen, but what is it actually doing behind the scenes.
A: It’s hard to easily explain without going technical details, but here goes. The general principle of player chemistry is this: if a player has less than 5 Chem, they will perform worse than their base attributes. If a player has greater than 5 Chem, then they will perform better than their base attributes. A Chemistry Style then amplifies the nature of that improved performance for the base attributes it affects. So each chemistry style is mapped to a set of systems that affect the player, and then we use the chemistry number to determine how they fall within the range of “less effective” to “more effective”. Team chemistry also affects every player slightly, but not nearly as much as individual chemistry.

Q: Will I ever be able to trade players with friends again through trade offers? I used to like trying out my friends Ibra and letting him try out my Robben, etc.
A: We currently have no plans of bringing Trade Offers back to FUT, and that’s simply because of coin selling. The majority of times the feature was used, it was used for coin selling. After looking the feature’s usage numbers and a very, very small amount of people were using it for the right reasons like you were.

Q: Would EA consider releasing throwbacks cards every Thursday like 2K does in MyTeam, or Madden in Mut with flashback players?
A: Unlike single-league sports like American Football and basketball, football is a lot more complex as it deals with multiple clubs, leagues, and countries. We only have access to players at their current teams, not their previous teams. This is why FUT Legends don’t have clubs associated with them. Games like EA SPORTS MADDEN deal with a single league license, so they have a lot more flexibility and access to the past and present.

Q: I keep hearing about this ELO matchmaking system, but we never see an ELO score for ourselves or our opponents. I’d like to actually be able to see the ELO rankings for me and my opponent so I know what’s going on when I’m on a big win/loss streak. Is there any way we could get some transparency there?
A: A while ago we did show skill ratings (which incorporates ELO) in matchmaking for FIFA. However, we found that that people were using this for the wrong reasons. For example: many would deliberately lose in single H2H matches in order to bring their skill rating down. Then they would then use that lower skill rating to matchup against weaker opponents in order to progress in FIFA Seasons. Therefore, we decided it best to not have it displayed any more.