EA has revealed who are the best goal scorers from la Liga BBVA in FIFA 14.

It doesn’t need to mean that they are the best ones. On Ultimate Team, for example, there are much more cards of Torres than Aguero. And more cards means having more chances to score. Let’s see who are the ten Ligue 1 players with more goals scored.

Position: 1
Name: CRISTIANO RONALDO
Position: LW
Nationality: Portuguese
Club: Real Madrid
Summary: As the best player in the World, it shouldn’t come as any surprise that Cristiano Ronaldo is also the best scorer in FIFA 14. Gamers absolutely love what he brings to the table, such as his 95 Ball Control, 94s in Shot Power, Jumping and Sprint Speed, 93s in Long Shot and Agility, and 92 Finishing. What makes Ronaldo so special is that even as one of the most marked players in the sport, he still manages to put the ball in the back of the net on a regular basis. And, if he can’t score for you in FIFA 14, as evident from this list, his teammates can.

Position: 2
Name: KARIM BENZEMA
Position: ST
Nationality: France
Club: Real Madrid
Summary: The Real Madrid domination in FIFA 14 continues with the Frenchman Karim Benzema. Although his stats, which include 88 Finishing, 87 Positioning, 85 Ball Control, 84s Short Passing and Sprint Speed, and 83 Shot Power might not be as high as those he’s sandwiched between, they definitely matter when combined with his numerous Real Madrid teammates appearing on this list. When you have such a strong and creative midfield, the 85-rated striker is basking at the goal-scoring opportunities given to him.

Position: 3
Name: LIONEL MESSI
Position: ST
Nationality: Argentina
Club: Barcelona
Summary: There really isn’t much needed to explain Messi’s placement on this list. As one of the best players to ever step onto the pitch, he is a keeper’s worst nightmare and one of the toughest athletes to stop. He has skills, which include 97s in Dribbling and Finishing, 96s in Ball Control, Acceleration and Reactions, 95 Balance, 94 Agility and 93 Positioning. He might not be the top goal scorer in FIFA 14, but there are very few defenders out there that can contain him.

Position: 4
Name: NEYMAR
Position: ST
Nationality: Brazil
Club: Barcelona
Summary: Having already proven his worth in South America, Neymar joined FC Barcelona over the summer with high expectations. Thanks to his young age but years of experience, he is the kind of player managers always dream of having on their squad. In FIFA 14, Neymar’s worth lies in his various skills, which include 93 Agility, 92 Dribbling, 91s in Ball Control and Acceleration, 89 Sprint Speed and 88 Positioning. With him playing up front, goals will be had.

Position: 5
Name: GARETH BALE
Position: CF
Nationality: Wales
Club: Real Madrid
Summary: The FIFA 14 co-cover athlete started the season with a lot of pressure on his shoulders and he hasn’t let his fans down. Bale is one of the best modern examples of a total footballer, especially considering he began his career as a left-back and has been able to adapt to a number of different roles. In FIFA 14, players love him because he’s one of the fastest players available thanks to his 94 Sprint Speed, 92 Acceleration and 90 Stamina. Then, when you add on his 88 Long Shots, 87s in Curve and Shot Power, 86 Dribbling, 85 Free Kick Accuracy and 84s in Ball Control, Crossing and Finishing you can understand why he was so sought after and how he remains so dangerous.

Position: 6
Name: ISCO
Position: CAM
Nationality: Spain
Club: Real Madrid
Summary: At only 21 years of age, Real Madrid’s Isco is already frustrating opposing managers with his goal-scoring and playmaking abilities. While the opposition is scrambling to find ways to contain the attacking midfielder, those who have Isco on their squad can relish his numerous abilities including 89 Ball Control, 88 Dribbling, 86 Agility and 85s in Short Passing and Vision. When on the same pitch with complementary midfielders like Modrić or di María, there had better be a handful of strong centre-backs and defensive midfielders available to cover them.

Position: 7
Name: DIEGO COSTA
Position: ST
Nationality: Brazil
Club: Atlético de Madrid
Summary: In the real world, Atlético’s Diego Costa is about to double his goal tally from last season, and he’s one of the key reasons why the “other” Madrid side is doing so well in Spain this season. He is highlighted by his 91 Strength and 89 Aggression, which places him among the strongest attacking players in FIFA 14. Then, when you consider his 87 Positioning, 86 Sprint Speed, 85s in Shot Power and Reactions, and 83s in Ball Control and Volleys you can see why he’s making both FIFA 14 users and Atleti supporters so happy.

Position: 8
Name: PEDRO
Position: RW
Nationality: Spain
Club: Barcelona
Summary: The attack-minded Pedro is just one of the many goal-scoring options available to FC Barcelona, and he’s having one of the best seasons in his career. Even if he’s not scoring goals, he’s most certainly making it easier for others, thanks to his 89 Reactions, 88 Positioning, 87 Ball control, 86 Acceleration and 85 Dribbling.

Position: 9
Name: ÁNGEL DI MARIA
Position: RM
Nationality: Argentina
Club: Real Madrid
Summary: This 86-Rated Winger is the fast player you want dominating the right side of the pitch. His 90s in Acceleration, Agility and Sprint Speed make him hard to catch. Combine his physical attributes with 89 Crossing, 88 Shot Power, 86 Dribbling and 85 Ball Control, and you can see how di María is able to do anything he wants with the ball.

Position: 10
Name: LUKA MODRIC
Position: CM
Nationality: Real Msdrid
Club: Croatia
Summary: Known more as a creator, Real Madrid’s Luka Modrić is the perfect player to have leading an attack. His 94 Balance and 83 Agility make it difficult for defenders to win the ball while his 91 Vision, 90 Short Passing and 88s in Ball Control and Long Passing mean that Modrić knows where his teammates are at all times. 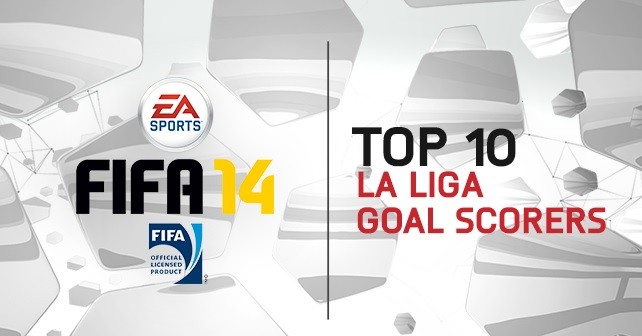