There is something you want to know about TOTY of FIFA 14 Ultimate Team ? Find it here.

Here are the answers to the most asked questions about TOTY of FIFA 14 Ultimate Team.

Q: How the TOTY of FIFA 14 Ultimate Team is chosen ?
A: TOTY players are not chosen by EA Sports. They are chosen by the votes of thousands of professional players members of FIFPro, the worldwide representative organization for all professional football players.

Q: Where the TOTY will be announced ?
A: If you want to know in first hand the TOTY players, just follow the FIFA FIFPro World XI at the Ballon D’Or ceremony at Zurich’s Kongresshaus, on January 13. We will post the TOTY of FIFA 14 Ultimate Team in our website

Q: How many defenders, midfielders and forwards have the TOTY ?
A: The TOTY is build from a shortlist with 55 players in a 433 formation.

Q: What colour are these cards ?
A: Blue. Just see in the image below. 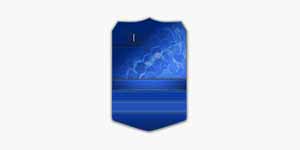 That’s how the TOTY cards looks

Q: Should I sell my cards ?
A: Nobody can be sure about how the market will be after the TOTY release. The prices already started dropping on the new year and it should continue if EA Sports make available 100k packs.

Q: How much will cost these cards ?
A: Hundreds of Thousands coins to several millions coins.