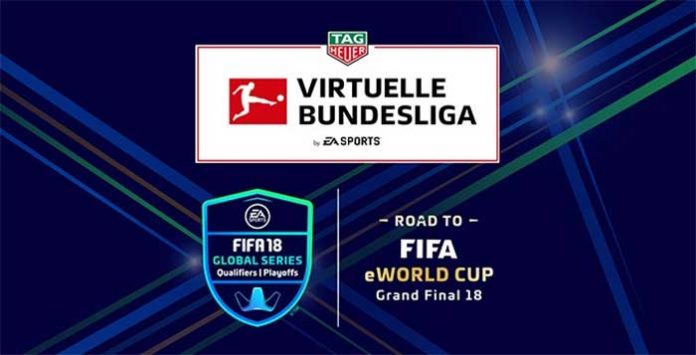 The first edition of the Virtual Bundesliga (VBL) is happening this year, with the best EA SPORTS ™ FIFA 18 players from around the country competing for bragging rights. Confused? Don’t worry, we’ve got you covered.

Through online competitions and live events, the best FIFA players from Germany, Austria and Switzerland are engaging in competition to determine who will represent the Virtual Bundesliga in the EA SPORTS FIFA 18 Global Series Playoffs* on the Road to the FIFA eWorld Cup 2018 this August. The VBL final will take place in the German Football Museum in Dortmund on March 31st and April 1st, with the winners on Xbox One and PlayStation 4 earning a spot in the EA SPORTS FIFA 18 Global Series Playoffs.[VT1].

“We’re expanding the EA SPORTS FIFA Global Series ecosystem and this VBL partnership increases our world reach through competitive gaming,” said Todd Sitrin, Senior Vice President and General Manager of the Competitive Gaming Division at EA. “Leagues such as the VBL make competitive FIFA mean more to millions of players around the world, either through the once-in-a-lifetime opportunity to represent their favorite club on the global stage, or by providing fans a new way to connect with and support their favourite clubs.”

“The TAG Heuer Virtual Bundesliga has been extremely popular with EA SPORTS FIFA players and a huge part of how fans engage with and connect to our league,” said Dominik Hahn, Head of Licensing at Bundesliga International. “We have had a very successful season to date, and we are excited to see the competition within the Virtual Bundesliga continue to grow and for our best players have the opportunity to compete for the ultimate prize in competitive FIFA.”

“The Virtual Bundesliga continues to be an elite competitive football hub and home to many of the best FIFA players in the world,’ said EA SPORTS FIFA Competitive Gaming Commissioner Brent Koning. “The VBL will maximize the talent and competitive spirit of the region as we continue to rapidly expand the EA SPORTS FIFA 18 Global Series.”