As you know, the Team of the Year, also known as TOTY, features the most wanted items for FIFA 22 Ultimate Team. The reason is simple: they are the most popular players and their cards are the highest-rated ones. Scheduled to late January, this promo will also include promo packs, objectives and specific squad building challenges. It’s the right time to see who will be selected for this team.

The Team of the Year is an event created to celebrate the best players of the civil year. They are voted on by the FIFA community from a shortlist of 70 players, nominated by Electronic Arts for their real-world performance in the previous year. The final selection is determined by a combination of EA and Community Votes, and the players are released in-game with boosted stats. As it happens with Esports odds, it’s not easy to predict who will be in but we will give our best to predict them correctly. 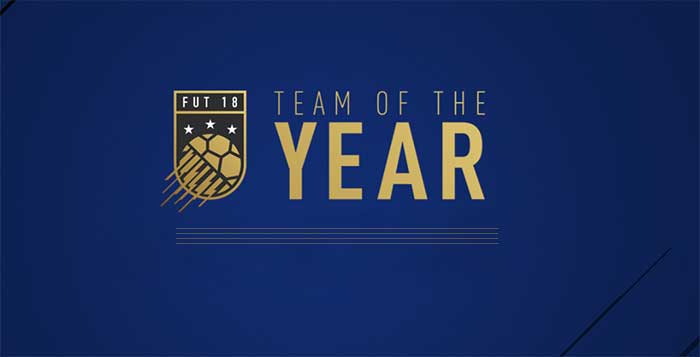 Goalkeeper
Let’s start with the goal. The Chelsea goalkeeper Edouard Mendy has been in better shape than Gianluigi Donnarumma but the Italian keeper won the Euro’s and was picked up Player of the Tournament, something very unusual for someone playing in his position. Despite his advanced age, Manuel Neuer, who was selected last year, has also decent chances.

Centre-Backs
We are used to seeing Sergio Ramos and Virgil van Dijk taking these spots but this year it will be different. We strongly believe they will be replaced by Ruben Dias and Marquinhos. The first one had a huge impact on the Manchester City title, while the Brazilian player had a terrific season for PSG and reached the Copa America final with Brazil.

Full-Backs
The right side of the defense is probably the most difficult position to predict. Hakimi and João Cancelo helped their clubs to win the domestic titles but our guess is that Trent Alexander-Arnold will win for the third time. On the left side, we can only see one winner: Alphonso Davies, one of the Electronic Arts ambassadors and named the 2021 Canada Soccer Player of the Year. If he was selected last year, there is no reason to not be again this year.

Midfielders
In our opinion, the teammates Ngolo Kanté and Jorginho have their spots secured in the midfield of the Team of the Year. They both won the UEFA Champions League title but the Italian player also conquered the Euro Championship for his national team. Joshua Kimmich, Bruno Fernandes and Thomas Müller have all decent chances to be selected for the remaining position of the midfield but our favourite is the Manchester United. First, because he plays on the most popular league and community votes are important. Secondly, because he created the highest number of chances among all outfield players in 2021.

Forwards
Lionel Messi (who else?) won the Ballon D’Or and will be for the 11th consecutive time in the TOTY (last year he was as the 12th man). Robert Lewandowski may have missed out on this trophy but is almost guaranteed to lead the line-up for the most advanced positions of this team. He is currently the best striker in the world and have just broken the Bundesliga record goal. We also believe that the third forward will be Kylian Mbappé, another FIFA ambassador. It’s true that he hasn’t won many titles last year (not even Ligue 1 for Paris Saint-Germain) but only Ronaldo is more popular than him among the gaming community. That’s why he is the most expensive player of FIFA 22.

What about you? Do you agree with these predictions? Who do you think it’s missing?