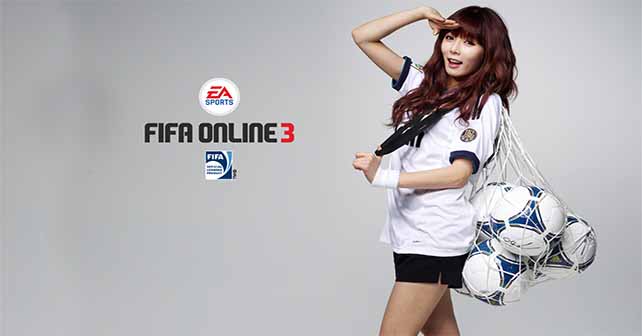 There are few FIFA developments that have been more frustrating than the decade-long, tumultuous saga of FIFA Online. Despite there being a consistently high demand for a FIFA MMORPG, various versions of this have been released and shut down more times than we can count. The latest iteration, FIFA World, enjoyed two years of widespread popularity before abruptly being taken offline in July 2015, with EA explaining the decision by claiming that they “did not have the momentum to bring the game to a full commercial launch”.

Despite this, a version of FIFA Online developed by a South Korean subsidiary of EA is still playable in several East Asian countries and boasts a large number of dedicated followers. Needless to say, many fans in the west have been left both disappointed and hopeful, waiting for the day that FIFA Online returns to their screens.

While there is little information suggesting that a full-fledged FIFA Online MMORPG will be making a comeback in the near future, there are several reasons why it definitely should. Let’s take a look at them.

Free Online Football Games Are More Popular Than Ever

The main reason why now is the time to bring back FIFA Online in Europe and North America is the surging popularity of online football games in recent years. Hit online-only titles such as Soccer Pro and Zombie Soccer have become smash hits and cultural phenomenons in the years since FIFA World went offline, cultivating millions of loyal followers around the globe.

In addition, the free-to-play model clearly works well for online football games. One standout example here would be the Football: Champions Cup Slot game released by NetEnt, the most known provider of online casino games. The free-to-play 5-reel slot game is one of the best titles in NetEnt’s extensive roster, one that is a testament to the appetite for online football games right now.

FIFA Online is Enjoying Record Levels of Success in Asia

While it’s true that FIFA Online titles such as FIFA Online 3 were developed exclusively for the Asian market, their runaway success does not mean that online titles need to be exclusively confined to this region. Developers have claimed that the latest iteration of the series, FIFA Online 4, often has over 100,000 people playing simultaneously, a figure that suggests the game is without a doubt commercially viable for EA. While Thailand, Malaysia, China, and South Korea continue to enjoy new mods, updates, and expansions for FIFA Online, fans in Europe and the US are left wanting.

Finally, it’s worth noting that a FIFA Online re-release could help revitalize the brand at a time when things are looking pretty stagnant. The last several console titles have all been released to lukewarm or even straight-up hostile reviews, with fans and critics complaining that the franchise is becoming stale and has lost direction. None of this has been helped by the fact that recent console titles have been plagued with bugs from the get-go, despite a new FIFA game costing upwards of $70. FIFA Online could be just what EA needs to draw people back to its most enduring brand.

While there is little on the airwaves regarding a FIFA Online release at the moment, we remain vigilant and hopeful. Watch this space for more updates in the year ahead.