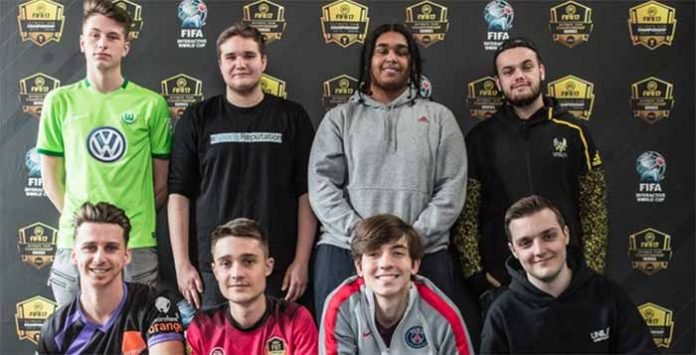 The FIFA 17 Ultimate Team Champions Finals took place this weekend, 19-20 May in Berlin. Englishman ‘xShellzz’ was the PlayStation 4 champion, while ‘Vitality RocKy’ won the Xbox One division. The Frenchman dramatically triumphed in the Grand Final to claim the crown

The eight gamers who clinched their tickets to the FIWC 2017 Grand Final on Friday returned to action in Berlin on Saturday with their sights set on the FIFA 17 Ultimate Team Championship title. English ace ‘xShellzz’ prevailed in the PlayStation 4 division, overcoming ‘Maniika’ in the semi-finals and then ‘TimoX’ in the final. Meanwhile, France’s ‘Vitality RocKy’ was victorious on Xbox One, edging past ‘Unilad Gorilla’ in the semis before getting the better of the Englishman again in the divisional final.

In front of a buzzing crowd, ‘Vitality RocKy’ put himself in the driving seat in the first leg, bouncing back from going behind before the break to claim a 2-1 victory on his opponent’s preferred PS4, despite having admitted before the match that he hardly ever played on the console. It looked for all the world like ‘xShellzz’ would gain revenge in the decider on Xbox One, as he once again led, but the Frenchman displayed greater mental strength to keep the faith and snatch the crown, courtesy of a last-minute equaliser (3-3).

A fairy-tale run for ‘xShellzz’: Shaun Springette only made his competitive debut at the beginning of the year, taking the Season 1 regional final in Paris by storm to book himself a berth in Berlin. Just how far the young Londoner could go was the question on everyone’s lips ahead of the proceedings in Germany. He responded emphatically by topping Group 7 and going unbeaten through the knockout stage before losing out in the Grand Final.

Lack of practice makes perfect for ‘RocKy’: Having also qualified for Berlin with his performances in Paris in February, the French gamer barely trained before heading to the German capital. “I moved house and had no internet connection for a month,” he told FIFA.com. “Having a break and clearing my mind ahead of a big tournament seems to work pretty well for me. That’s what I did when I won the French championship last year.”

‘Gorilla’ falls short against familiar foe: The winner of the Xbox one division in Madrid, ‘Unilad Gorilla’ is among the most highly regarded gamers on the scene. However, ‘Vitality RocKy’ appears to have his number, having dashed his hopes in the group stage in Paris and beaten him twice in Berlin. The Englishman shook off his semi-final defeat by the Frenchman to prevail in the losers’ bracket, only to succumb to the same conqueror again in the Xbox One final.