Robert Lewandowski join to Messi on the FIFA 14 cover for Poland.

Popular football stars will join Lionel Messi on FIFA 14 cover. UK, France, Spain and Italy will have special covers with those players but there will be more. By now, it is also confirmed special coverstars on North America, Central & South America, Australia, Austria, Japan, Switzerland, Hungary and Czech Republic.

The newest FIFA 14 cover to be announced was the Polish one. The superstar striker Robert Lewandowski will join the ever-growing list of players featured on the cover of FIFA 14 this September. The 24 year-old will grace the cover wearing his Poland National team kit and will share the spotlight with global cover athlete, Lionel Messi.

Dortmund superstar Robert Lewandowski, that in the previous season scored four times in a single match against Real Madrid, has been named as an EA ambassador. If you want to know more about it, click HERE.

The player that seems to be moving to Bayern FC in 2013-14, is one of the greatest strikers of the world. 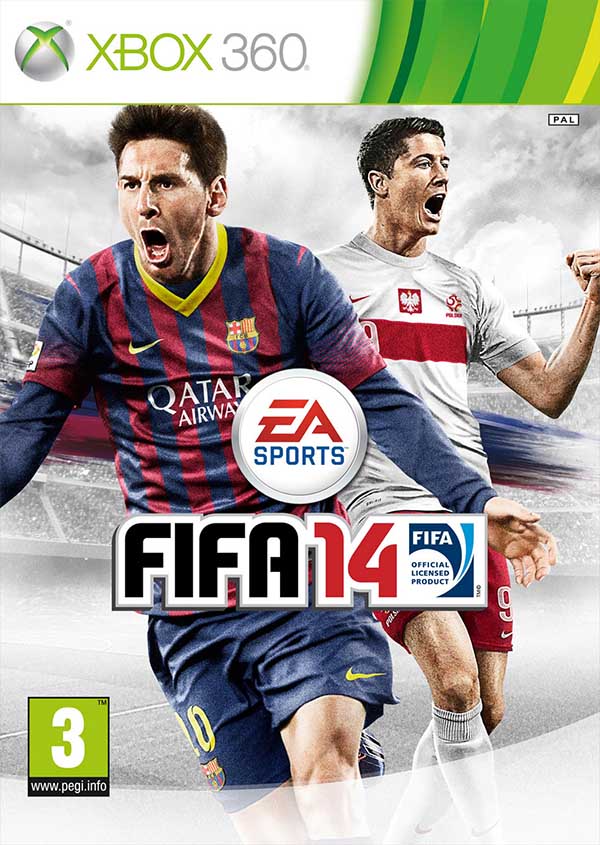