Welcome to the FUT 22 Numbers Up Event, the new adidas promo. Throughout the season, select adidas players will receive attribute boosts in FIFA 22 Ultimate Team based upon their adidas boot of choice, until they reach 99 in one stat. From the Pace of the adidas X to the Dribbling and Handling of the adidas Predator and the Passing of the adidas Copa, each boot’s unique characteristic will enable players to reach 99 in the corresponding stat during the season in FIFA 22 Ultimate Team.

Numbers Up Player upgrades will occur periodically throughout the football season. Numbers Up players will reach 99 in the specific attribute to which their boot corresponds (Dribbling/Handling, Passing, or Pace) by the end of the season, but their other attributes will also be boosted to a smaller degree.

There will be two additional Numbers Up upgrades over the course of the football season. After the initial upgrade at the launch of the campaign on November 12, the second upgrade will take place at the end of December, and the third and final upgrade will come later in April 2022.

Numbers Up players’ upgrades aren’t linked to real-world performances so they will still receive upgrades periodically during the season as they reach the 99 in the attribute that corresponds to their boot. Although players’ OVR will progressively increase and improve, only the specific attribute that corresponds to their boot will reach 99 by the end of the season. 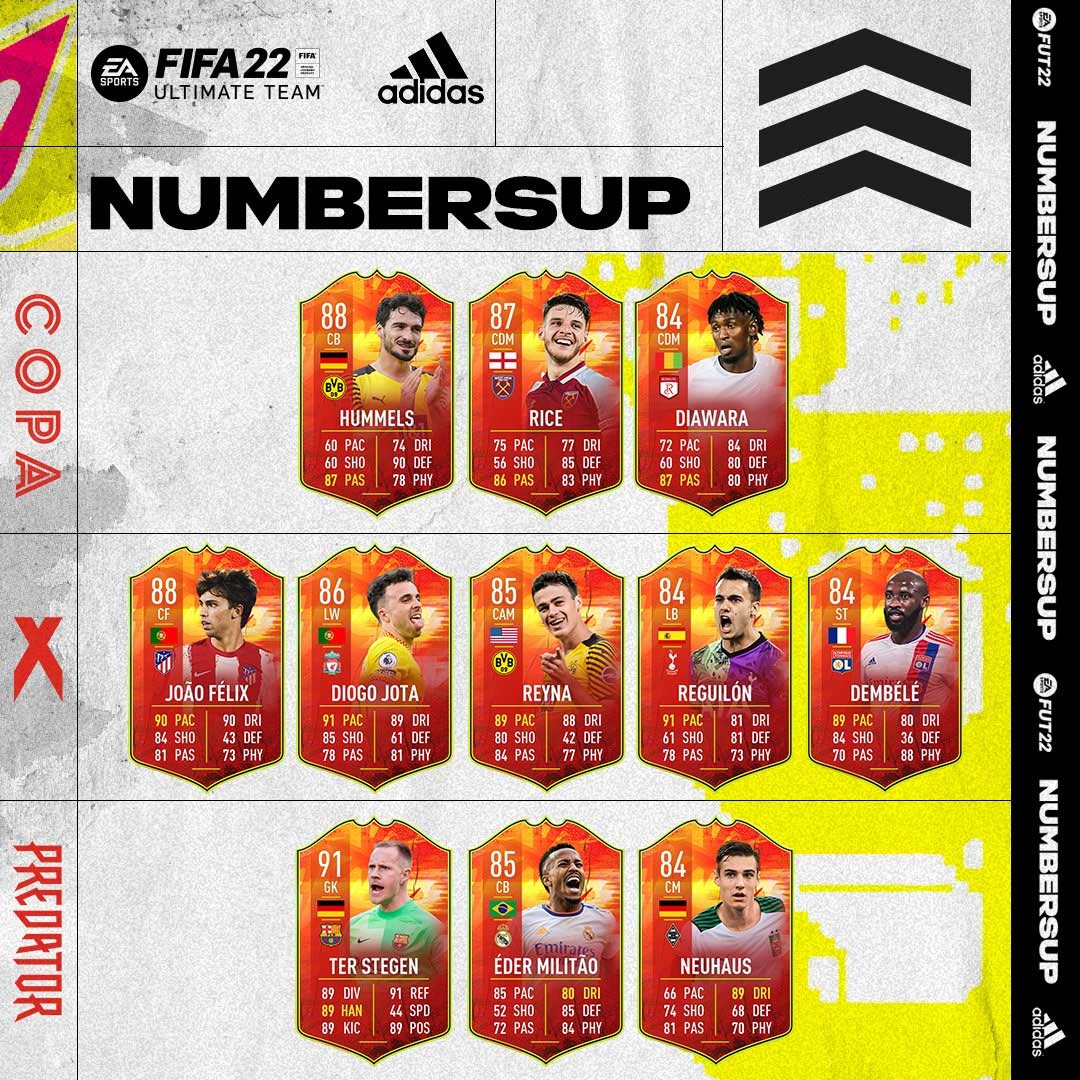