Follow the journey with FUT 22 Road to the Final items. that upgrade based on teams’ progress through the Champions League and Europa League.

FUT 22 Road to the Final Event

Road to the Final returns in FIFA 22! European nights are back, and the biggest teams from across the continent are battling it out under the lights to make it to the final of the UEFA Champions League, UEFA Europa League, and UEFA Europa Conference League. Now you can get involved in the Road to the Final in FIFA 22 Ultimate Team with live, dynamic player items that have the potential to upgrade as teams make progress through each tournament. Plus, enjoy a series of Road to the Final Squad Building Challenges, Objectives, and more throughout the campaign.

The RTTF team was available from February 18 and stayed in packs for 7 days. 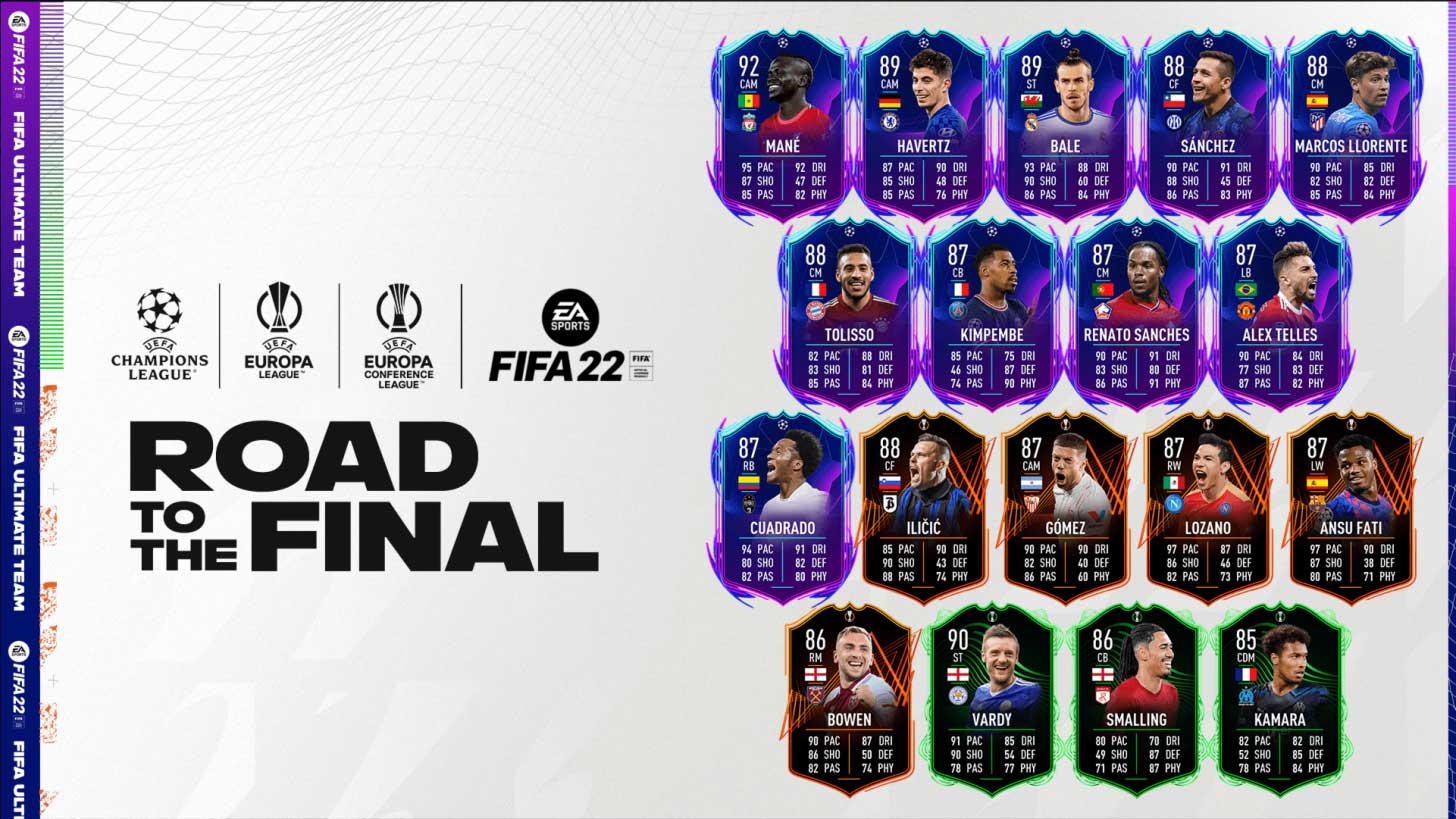 Let’s see the answers to the most common questions about the FUT 22 Road to the Final event and special player items.

Does a player need to play matches for their club to get an upgrade?
No, Road To The Final players do not need to be selected or have played in each stage to receive an upgrade.

What happens if a player transfers or stops playing for a club in the tournament?
If a player is no longer registered for the club they represent at the start of the Road to the Final campaign they will not be eligible for additional upgrades.

How long will it take for the attribute boost to be applied to a player item when a shift occurs?
Road To The Final items can take up to a few days to update in-game.