Are you building your squad but you are not sure about which goalkeepers you should buy? Take our suggestions of the best goalkeepers for FIFA 20 Career Mode.

In this article we suggest the best goalkeepers for FIFA 20 Career Mode that you should be able to use in your club. Keep in mind that the best players for us may not be for you. It depends on your club, other players, formation, transfer budget, wages budget, play style, preferences, etc… He did it! Year after year, Oblak has climbing positions on our lists of the best goalkeepers. Now we can finally say that he is the best money can buy on FIFA 20 Career Mode If he plays for FC Barcelona, that’s because he has quality. It won’t be easy to buy him but if you have that luck, your goal will be in good hands. He is even better than in last year. With the ball on his feet, no one is better than him. However, Ederson is also one of the best goalkeepers when playing with his hands. In a general way, it’s impossible to not compare Ederson and Alisson. They have many things in common. Both would be good aditions to your club but Ederson is slightly better. 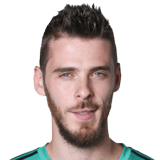 De Gea dropped four positions in a single year. However, don’t think that he is not a great goalkeeper because he still is. If you have the chance to sign him, go ahead. Especially if you get him for free at the end of the first season. 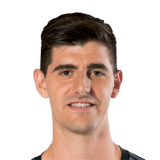 The Madrid’s goalkeeper isn’t one of the fastest but he has another great stats. He almost reached his maximum potential but this doesn’t need to be a bad news because his level is really high. 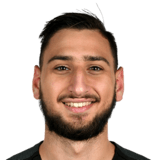 Yes, the age is correct. He’s only 20 and is already known as the best goalkeeper of the coming years. If he reached this status in real-life, why he wouldn’t do it in your Career Mode campaign? He is the best young goalkeeper money can buy. He is the most expensive goalkeeper in the world and that has to mean something, right? If you want a goalkeeper with future, Kepa may be who you are looking for. Neuer was the best goalkeeper for many years but new players are taking his place. He’s an amazing goalkeeper but he’s already 33. Right now, Ter Stegen and Oblak are much better investments than he is.

No, you won’t find Lloris, Handanovic, Navas or Buffon on this list. Who plays Career Mode usually is looking for younger players. That’s not exactly the case of Szczęsny, but at least he may still be almost as good as the other players of this list.